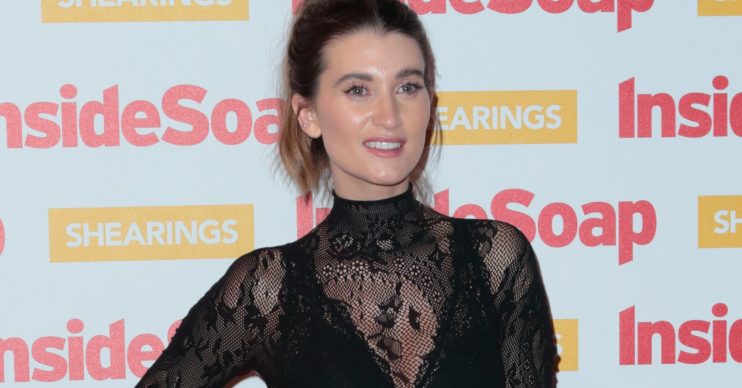 They spent the day at the seaside

Charley Webb has enjoyed a family day out with her two sons, Buster and Bowie.

The Emmerdale actress, who plays Debbie Dingle on the ITV soap, took to Instagram on Sunday to share a photo of her boys standing on rocks by the sea as they threw pebbles across the water.

Buster, nine, and Bowie, three, were facing away from the camera as they enjoyed the seaside.

A day by the sea. Should have put their wellies on before they decided to paddle💦

Charley, who is pregnant with her third child, captioned the post: “A day by the sea. Should have put their wellies on before they decided to paddle.”

Fans couldn’t get over the cute picture, with many gushing over how stylish the boys looked.

One person said: “Your boys are so stylish. Love the outfits you dress them in. Too cool.”

Another wrote: “Looks as though they’re having fun. Hope you had a great day,” while a third added: “You have the cutest boys.”

The photo sees little Bowie looking towards the camera as Buster looks at his surroundings while sporting a baseball cap.

Charley captioned the post simply with a red heart emoji.

The actress has her two boys with her Emmerdale co-star husband Matthew Wolfenden.

The couple announced in February that they were expecting their third baby together.

At the weekend, Charley said she’s getting a bit of pressure from their two older sons – with one wanting another brother and the other desperate for a sister.

“We’ve got it again now, the pressure of what sex it’s going to be as Bowie wants a brother and Buster wants a sister!” she told OK! magazine.

Charley said she has always seen herself having four children – three boys and then a girl.

Matthew added that he and Charley already have some names in mind for the baby, but they haven’t thought about it as much as they did in the past.

He said: “With the other two we used to sit at night and look at baby names on our phones but we haven’t done that this time.”

How did you decide on your child/children’s names? Leave us a comment on our Facebook page @EntertainmentDailyFix and let us know!