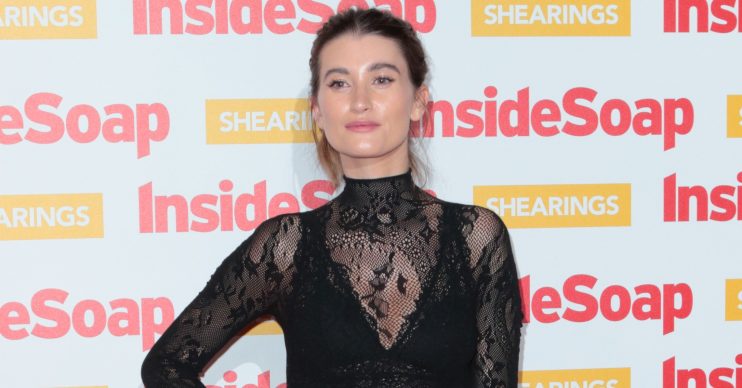 Charley Webb has shared the sweetest video of her son Buster modelling.

The Emmerdale actress posted the clip to Instagram on Sunday showing Buster, nine, pulling different poses at a photoshoot.

Charley, who is pregnant with her third child, wrote: “Little pro.”

Another wrote: “Well done, this lad is going places for sure 👌🏻 this is just the start.”

A third added: “Look at his parents he couldn’t fail but to be gorgeous!”

A day by the sea. Should have put their wellies on before they decided to paddle💦

Charley has Buster with her Emmerdale co-star husband Matthew Wolfenden.

The couple announced in February that they were expecting their third baby together.

Earlier this month, Charley said she’s getting a bit of pressure from their two older sons – with one wanting another brother and the other desperate for a sister.

“We’ve got it again now, the pressure of what sex it’s going to be as Bowie wants a brother and Buster wants a sister!” she told OK! magazine.

Charley said she has always seen herself having four children – three boys and then a girl.

Matthew added that he and Charley already have some names in mind for the baby, but they haven’t thought about it as much as they did in the past.

He said: “With the other two we used to sit at night and look at baby names on our phones but we haven’t done that this time.”

How did you decide on your child/children’s names? Leave us a comment on our Facebook page @EntertainmentDailyFix and let us know!