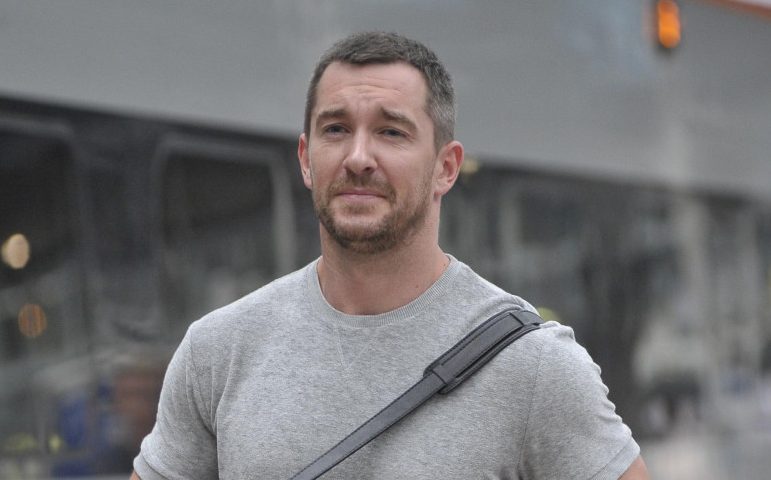 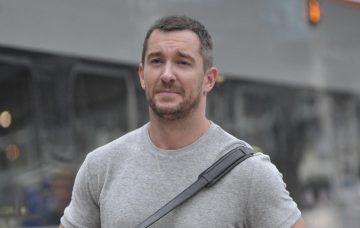 Anthony Quinlan insists his relationship with Dianne Buswell hasn’t ended because of the ‘Strictly curse’.

The Emmerdale actor recently split from professional dancer Dianne Buswell – who is partnered with Joe Sugg on this year’s series of Strictly Come Dancing – but he dismissed suggestions closeness between the competing couple was a problem.

Instead, he claimed it was simply “distance” that drove them apart.

In a new interview, Anthony – who plays Pete Barton on Emmerdale – insisted he is still “really good friends” with Dianne and hopes she and Joe go on to win the competition.

Speaking to the Daily Star newspaper, he said: “There were all these rumours about the Strictly curse but it wasn’t that. I’m actually rooting for Joe and Dianne. They’re doing absolutely amazing in strictly and I still think the world of the girl.

“We were really close, it just wasn’t meant to be.”

The ‘Strictly curse’ is the term used to describe relationships that breakdown while one of the parties is competing on the popular BBC dancing competition.

It struck earlier this month when comedian Seann Walsh was dumped by actress girlfriend Rebecca Humphries after being pictured kissing married Strictly pro partner Katya Jones on a night out.

Both Seann and Katya apologised, with Katya saying the kiss was no reflection on her marriage to fellow pro Neil Jones and they are very happy together.

In a separate interview with The Sun this week, Anthony said: “Over the ten months in which we were dating, it was very up and down. Just being in a long distance. We still remain amicable.

“The fact of the matter is relationships don’t always work. It is taxing when you’ve got a distance between each other. When we were together we had a great time.”

Dianne’s spokesperson told ED! last week: “Due to their busy schedules and distance they have split but still remain really close friends.”

They reportedly briefly split up earlier this year due to being in different cities, as Anthony filmed in Yorkshire, and Dianne worked in London.

Do you believe the ‘Strictly curse’ is real? Leave us a comment on our Facebook page @EntertainmentDailyFix and let us know what you think!