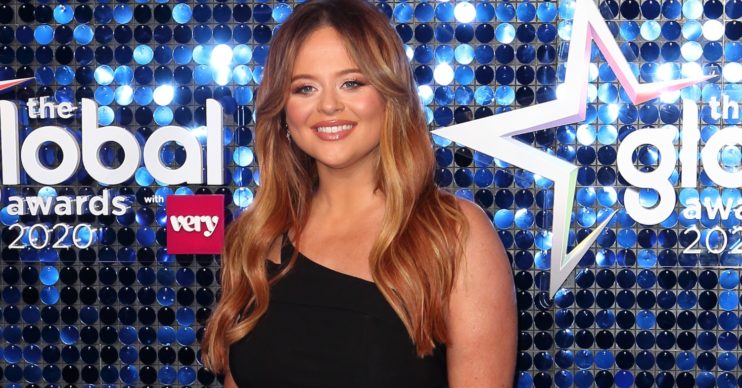 Emily Atack has reportedly found love during lockdown, as she’s been seen on another date with rumoured new boyfriend Joe Caro.

The loved-up pair have been seen on a flurry of dates, including their most recent boozy date at The Flask pub in Highgate.

A source speaking to The Sun claimed: “It’s early days between the pair but Emily loves how laid-back Cornishman Joe is.

I spoke to a couple of pleasant people but Zoom dating ain’t for me.

“They share the same sense of humour and are both chilled out. She’s super busy with her career at the moment so is more than happy to take it slowly.”

The I’m A Celeb star reportedly met new beau Joe Caro through mutual friends. Joe works as a social media executive for fashion brand Missguided. While it’s early days for the couple, the pair are reported to be hitting it off brilliantly.

Me on Monday zooms pretending I’m not hungover 😀

Prior to her new love, Emily had been embracing the single life. However, she spoke out about trying Zoom dates whilst lockdown, Emily admitted the novelty of Zoom dating quickly wore off.

She explained to The Sun: “I had a couple of Zoom dates and realised I need the tactile vibes. I’ve got to have the physical connection.

“I spoke to a couple of pleasant people but Zoom dating ain’t for me.

“Once social distancing is over I’m straight back to the hugs and the physical chemistry you have with someone. You can’t beat it.”

Emily has been single since she parted ways with her film producer ex Rob Jowers last September.

What’s next for Emily?

Emily’s career has gone from strength to strength since she first hit screens in The Inbetweeners in 2008.

Recently, it was revealed that the star’s latest work on the show Singletown has been picked up by HBO Max.

Emily co-hosts the ITV2 show with Joel Dommett and this latest break could help Emily to make an impact in the US.

Emily Atack I'm A Celebrity Get Me Out Of Here