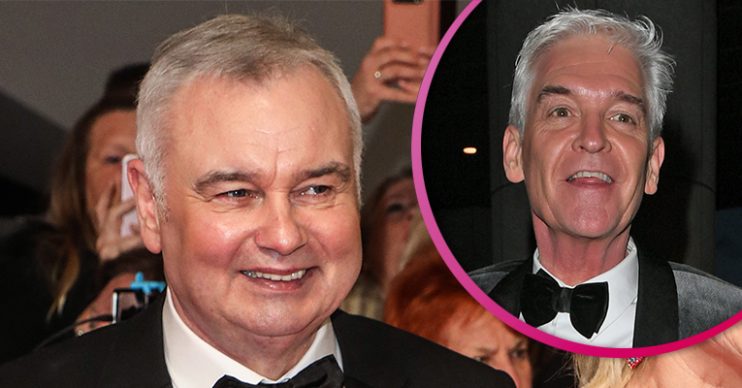 There was said to be tension between the pair

Eamonn Holmes has insisted he has “no issues” with his This Morning co-star Phillip Schofield following reports they clashed backstage at the National Television Awards.

Over the past couple of months, reports have suggested there has been some tension between the presenters after Eamonn‘s wife Ruth Langsford allegedly made a formal complaint to TV bosses about Phil – something ITV denied.

Ruth looked like she couldn’t wait to get away from Phil.

It comes after Good Morning Britain presenter Piers Morgan joked about the ‘awkwardness’ between Phil and Ruth on stage.

He said: “The best bit of that was when Phil got Ruth to say a few words on the stage. Awks! Hashtag awks. Don’t want to go there. It’s too… too much of a family.”

“Thank you,” Ruth replied to which Phil told her: “I think you should say something.”

Returning to the studio, Piers said: “How awks was that?”