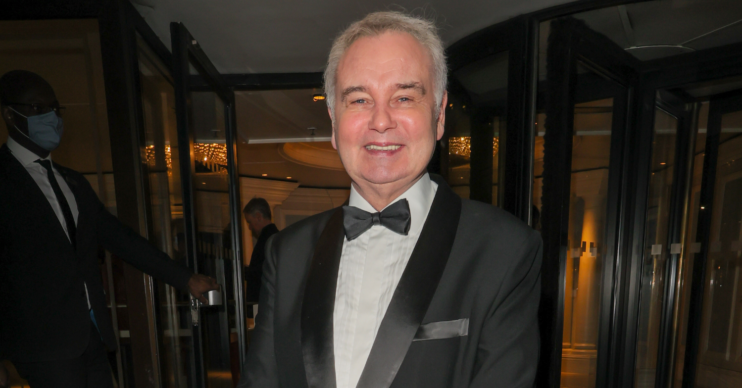 He described his carers as 'angels'

Eamonn Holmes has updated fans on his health after he was rushed into hospital in ‘excruciating’ pain.

The former This Morning presenter had to call an ambulance for the first time in his life when he woke up in the middle of the night in agony.

And while he wasn’t happy with his ambulance’s suspension (or lack of), he had nothing but praise for the NHS and the rest of his journey.

Writing in his new column in the Express, Eamonn said: “The pain, it would transpire, was from two prolapsed discs in my back and after an MRI scan at 2am in the morning, I was prepped to go in for an emergency operation at 8am.”

But after the surgeon decided it wasn’t right for him, he had his ‘whole health diagnosed’. He described his care as a ‘one-stop-shop’.

He wrote: “At times I had to ask myself if this was the same NHS I’d heard described on TV as broken, inefficient, wasteful and not fit for purpose.

“From where I was lying, nothing could be further from the truth.”

Eamonn noted the difference between his NHS care and his private care in London. He said: “Nothing seems joined up and no one is talking to anyone else: except the Invoicing Department.”

It became clear to him that the staff weren’t in it for the money.

Although he missed presenting the Platinum Jubilee coverage, his back is holding up – but it ‘may never be fixed’.

He thanked the NHS, adding that they “got me back on my feet again”.