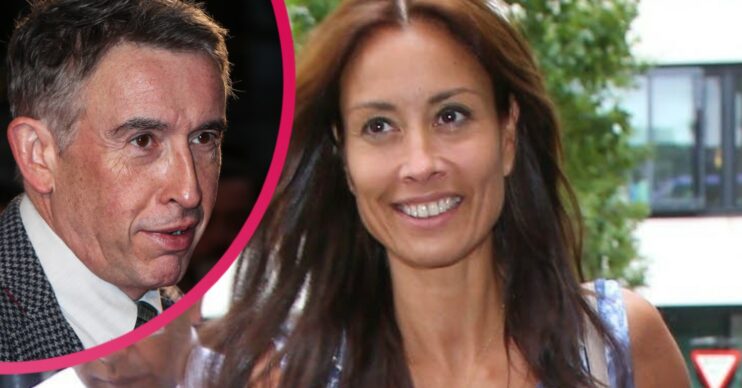 Does Celebrity MasterChef star Melanie Sykes have a boyfriend? Her X-rated romantic history!

Melanie Sykes has been looking for the perfect boyfriend for decades now.

Her love life has been filled with ups and downs over the years, and now she appears to have found love again.

But who is her new man, and who are some of her famous exes?

Melanie Sykes has a new boyfriend but who is he?

Melanie, 51, met Riccardo, 24,  while she was on holiday in Venice. He works as a gondolier, and sparks flew when she paid him for a ride.

A six-day romance commenced, and the pair were pictured kissing and having breakfast together.

Riccardo doesn’t see their 27-year age gap as a problem. He said previously: “Beauty is relative. Maybe what in your eyes is beautiful, isn’t to me.

“Every person is different, nationality doesn’t matter. True, no?”

Friends of Mel are hopeful too, with one telling OK! magazine: “She hasn’t found lasting love before and she really wants that.

“She’s been wanting to find the perfect man and she thinks it could be him.”

Has Melanie Sykes been married before?

The star is best known for featuring in the 2003 film Lara Croft: Tomb Raider – The Cradle of Life alongside Angelina Jolie and Gerard Butler.

The pair walked down the aisle in 2001, however, they later split after seven years of marriage.

Reports claimed that the couple had “grown apart”.

The pair began their relationship after flirting on Twitter.

Things quickly spiralled with some seriously X-rated comments about their sex life, but the pair broke up after just seven months of marriage. Their divorce was later finalised in 2016.

Mel later confessed she had married the “wrong person”.

The TV star and model has also gained a reputation for dating younger men.

A source told The Sun at the time: “Mel loves a younger man and really fell for Olly when he got into shape late last year.

“They were initially introduced through a mutual friend. They started texting for ages and some of the messages ended up getting quite saucy.”

However, the pair ended up splitting after just under a year together.

In 2019, Mel met comedian Steve Coogan and the pair immediately hit it off. For a short while, it seemed like he could have been The One.

They embarked on a low-key relationship for almost a year, but Mel reportedly broke things off over fears Steve “wouldn’t commit” to her.

Here’s hoping Riccardo is the one to make Mel happy, he’d be a very lucky man to have her

What do you think of Melanie Sykes and her new boyfriend? Let us know on our Facebook page @EntertainmentDailyFix.