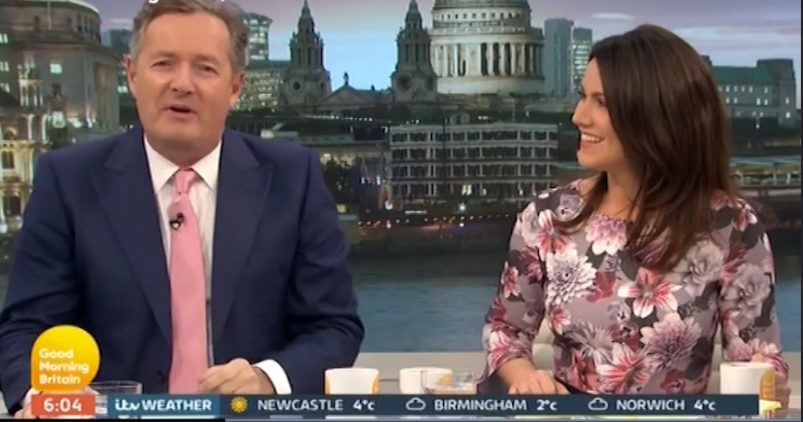 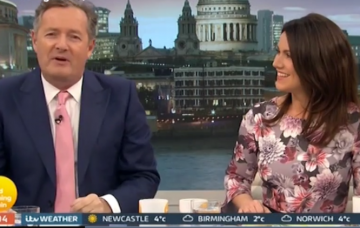 Inspired by his friend Donald Trump making it into The White House, Piers Morgan has declared he should run for Prime Minister!

The Good Morning Britain host announced on today’s show that he is giving the thought serious consideration because he’s exasperated by how Theresa May is running the country.

He said while it may seem like a crazy idea now, it could become a reality – just like it has for Trump.

Piers’ colleagues Susanna Reid, Kate Garraway and Alex Beresford said they wouldn’t want to see him in charge but Piers cared more about the opinion of viewers.

Read more: Unwell Piers Morgan ‘mans up’ to make GMB return… and not everyone is happy about it

Canvassing for votes, he said: “Would you like to see me have a go? Do you want hard leadership or soft leadership?

“Man up or not man up? Someone who would come into work on their deathbed.

“Someone who would not hesitate to sack all their colleagues if it made me and the country look better.”

Kate said she would ask her Twitter followers how they felt about Piers becoming PM, while the show then ran a poll on their Twitter account asking: “Should Piers Morgan replace Theresa May as prime minister?”

The vote revealed that more than half would like to see the former newspaper editor in charge, with 58 per cent saying they think he would do a better job than the current PM and he would get their vote.

However, others said they thought it was a terrible idea.

If Piers can’t take over running country, he said he would be happy to reshuffle the GMB team.

He joked that Andi Peters, currently in the Maldives to promote a competition for the breakfast show, will be moved “to No10 doorsteps on reshuffle days in Siberian weather conditions” and he would be willing to sack others.

He graciously said his co-host Susanna could stay though based on a “performance-related” pass.