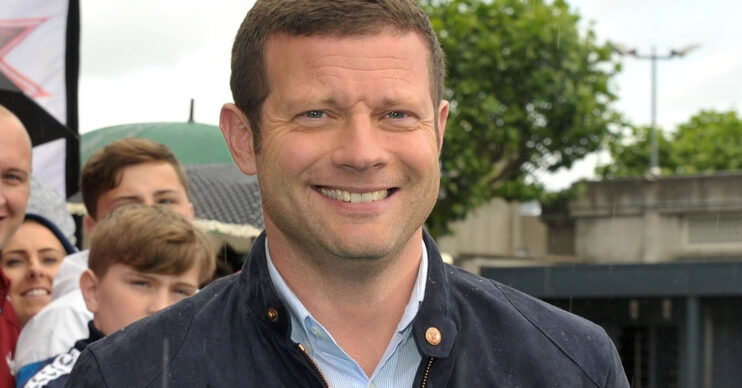 He looks so young!

Dermot O’Leary looks unrecognisable in a throwback photo from when he was younger.

The radio presenter, 47, shared the picture to his Instagram on Saturday.

In the image, a young-faced Dermot looks at the camera as he sported blonde hair and a white outfit.

The star wrote: “RadioShowHQ. It’s 80s takeover on @bbcradio2 today. Tune in from 8am.”

Fans couldn’t believe the image, with many gushing over his youthful looks.

One person said: “Oh my goodness just love this – you are absolute 80s.”

Another wrote: “What a hunk!”

A third commented: “Thank you for sharing this photo takes me right back to that era!”

As well as his radio show, Dermot has made a name for himself for hosting a string of primetime shows including The X Factor and The National Television Awards.

Thank you for sharing this photo takes me right back to that era!

Last month, the presenter admitted he almost quit The X Factor over a lack of screen time.

The dad-of-one said he confronted boss Simon Cowell over how he was being used on the ITV talent show after being brought back in 2015.

Dermot told The Sun: “I’ve had my state-of-the-union meeting with Cowell as well. You’re watching the show one day and going, ‘I’m not in any of this’.

“He does that great Simon thing where you walk into his house and you’re like, ‘Stick to the plan, say what you want to say.’

“And then you sit down, you’re going through it and he goes, ‘Do you want some chicken pie?'”

He explained that Simon agreed with him that he didn’t feature in the show much and made changes.

Away from TV, earlier this year, Dermot became a dad for the first time.

He welcomed a little boy, called Kasper, with his wife Dee Koppang.

Leave us a comment on our Facebook page @EntertainmentDailyFix  and let us know what you think of this story.