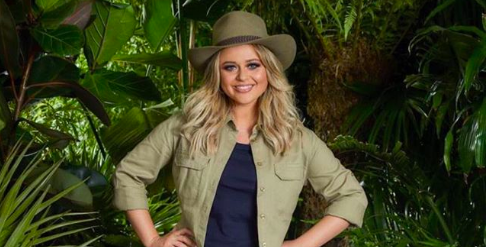 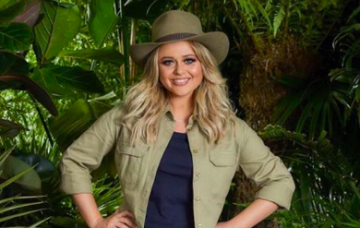 She shows off her new body

I’m A Celebrity’s Emily Atack has shared her excitement about slimming down in the jungle after saying she wanted to lose some weight before Christmas.

The 28-year-old revealed her smaller figure in a frilly black bikini in camp yesterday.

Earlier this week, the Inbetweeners actress revealed she had started to lose weight when she showed off her baggier clothes to her campmates.

Before entering I’m A Celebrity, she had joked that the only exercise she enjoyed was “sex”.

While talking in the jungle, Emily stressed she was keen to drop a few pounds so she could then eat what she likes at Christmas!

She said: These [trousers] were tight when I came in here.

“I just want to lose a bit of weight so that when I get home and it’s Christmas I have a bit of room and can put it back on again.”

Before entering camp, the young star revealed the pressures she has been put under to slim for different acting roles.

She told The Sun: “There have been auditions where they’ve said nicely, ‘Would you be willing to go to the gym for this role?’, I find it so hard to lose weight, it takes me weeks and weeks of dieting and training just to lose three pounds.”

While saying she is a big believer in body confidence, she also admitted: “I definitely feel the pressure to lose weight and be smaller than I am”.

Emily also recently divulged that she didn’t like farting in front of her ex-boyfriend, Jack Vacher.

She claims she didn’t break wind in his presence for the six years they went out – and that it made her “ill”.

She isn’t afraid to get candid for her career though.

Emily is gearing up for her one-woman comedy show called Talk Thirty To Me, which is about her attempts to cope with adult life!

IVE WRITTEN A BLOODY SHOW 📯 Please come and join me in talking all about how I’m (often not) dealing with this weird bit of adult life they don’t tell you about. I promise we’ll all have a right laugh at my expense! Tickets here https://t.co/MHMPLW3Ee6 pic.twitter.com/wYMEXtbN68

Read more: Katie Price declares herself bankrupt on her show

Well, we think you’re stunning no matter what, Emily!

How do you think Emily is doing in the jungle? Leave us a comment on our Facebook page @EntertainmentDailyFix and let us know what you think.