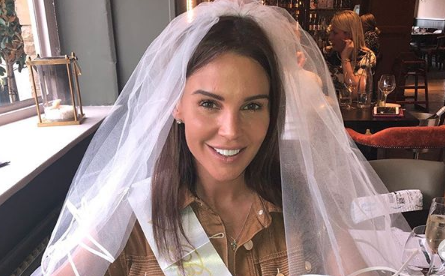 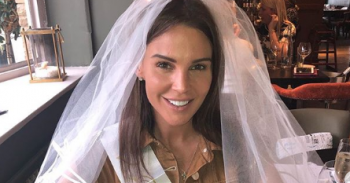 There wasn't a dry eye in the house, apparently

Ex glamour model Danielle Lloyd has wed her fiancé Michael O’Neill, it has been reported.

It is believed the 35-year-old Celebrity Big Brother contestant held her wedding in a secret ceremony on the beach in Dubai earlier today.

The Sun’s website reckons the mum-of-four’s do for getting hitched for a second time was a small one – but very emotional.

The news outlet quotes an unnamed pal as saying all of her sons played a part in the big day.

Happy Valentine’s Day to my one and only ❤️ 3 years today we got engaged, we have so many memories and can’t wait to make many more your the best Dad, step dad and husband love you so much @gint1986 🤴🏼💙🌎

Read more: Kerry Katona hits back at troll after posting pic of her incredibly toned body

It is also reported that Danielle’s publicist has confirmed the happy event, even though there is almost no sign of any nuptials between the two on social media.

The anonymous source is reported as telling the website: “It was a small wedding.

“All the boys were involved and everyone watching was in tears.”

They added the romantic bash – Dubai is four hours ahead of the UK time-wise – happened at dusk.

Read more: Danny Dyer’s wife ‘cut up his clothes and threw burger in his eye during wild rows’

“They got married on the beach in front of the Burj Al Arab hotel as the sun went down,” the insider continued.

Danielle later gave waiting fans a clue she has indeed tied the knot by posting a snap of the grand hotel in her Instagram Stories.

The couple got engaged on Valentine’s Day in 2016, just six months after Danielle and electrician Michael met.

Their plans to marry were delayed slightly after Danielle became pregnant with their first son Ronnie, who arrived in September of last year.

She is also mum to seven-year-old Archie, six-year-old Harry and George, 3. Their dad is her footballing ex Jamie O’Hara.

ED! has contacted a representative for Danielle for comment.