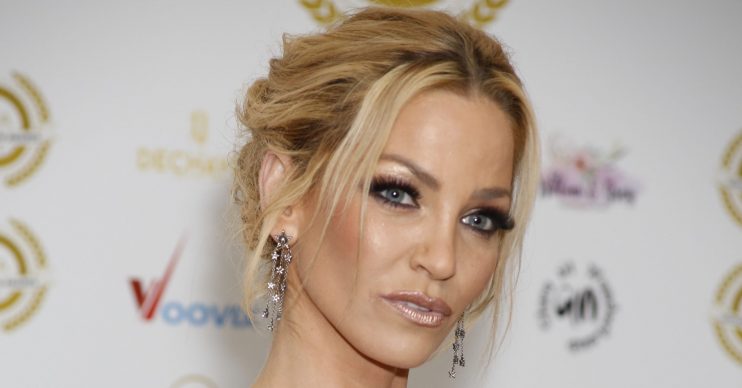 She hasn't been seen in public since March 2018

The singer is currently taking a break from the spotlight.

As a result, Sarah’s fans have begun to speculate on her whereabouts.

However, cruel trolls have taken things a step too far by suggesting that Sarah has actually passed away.

The Sound Of The Underground singer last posted on Instagram in May 2018.

And it’s on this post – a selfie raising awareness for mental health – that the comments have begun to surface.

It’s thought the last time Sarah was pictured out in public at an event was in March 2018.

I hope you’re having a good time up there. RIP.

On it, she informed fans she was “taking a #timeout”.

“Are you still alive?”

Three weeks ago, one fan commented on Sarah’s last Instagram post. They asked: “Are you still alive?”

Another said: “I miss you.”

However, the messages then took a sinister turn.

They also posted: “Sorry to hear about your death.”

The same person added: “I hope you’re having a good time up there. RIP.”

The cruel comments came as her ex-boyfriend Chad Johnson spoke about her “disappearance” in an Instagram live chat.

The pair met in the Celebrity Big Brother house in 2017 and embarked on a short long-distance relationship.

“I don’t know where she is”

In a now-deleted Instagram live, Chad was asked by one of his followers if he still spoke to Sarah.

He said: “No, no one talks to Sarah Harding.”

Chad added: “I don’t know where she went. She went off the grid.”

However, the Mirror reports that a friend of Sarah has confirmed the star is alive and well.

It reported a pal had revealed: “She’s fine.”

What the hell has happened to Sarah Harding though where is she ?? Miss her loads being active on here and on tv

Sarah shot to fame alongside bandmates Cheryl, Nadine Coyle, Nicola Roberts and Kimberley Walsh on Popstars: The Rivals in 2002.

Sarah then went on to pursue a career as an actress and DJ.

ED! has contacted Sarah’s reps for a comment on this cruel story.