Former Countryfile star Julia Bradbury has updated fans on the state of her health following an operation on a "triple hernia" earlier this year.

The presenter, 48, tweeted in April that she'd undergone the procedure and wouldn't be able to get back into a strenuous exercise routine any time soon.

She posted a selfie from Lister Hospital in London and joked that, as it was Easter, she would still be enjoying a batch of chocolate eggs.

She offered an update on her health on Wednesday (June 12), telling the Express that she had been "taking it very easy" for the last few weeks and was slowly getting back into yoga.

I've been taking it very easy for the past couple of weeks.

Speaking about her new "gentle" exercise routine, she told the paper: "Pole dancing is hard, you get lots of bruises as well on your inner thighs, it's very good but you do need to stick with it and be dedicated.

"Yoga has taken over a bit more than pole dancing recently however, as I'm in recovery from a triple hernia operation.

"I've been taking it very easy for the past couple of weeks." 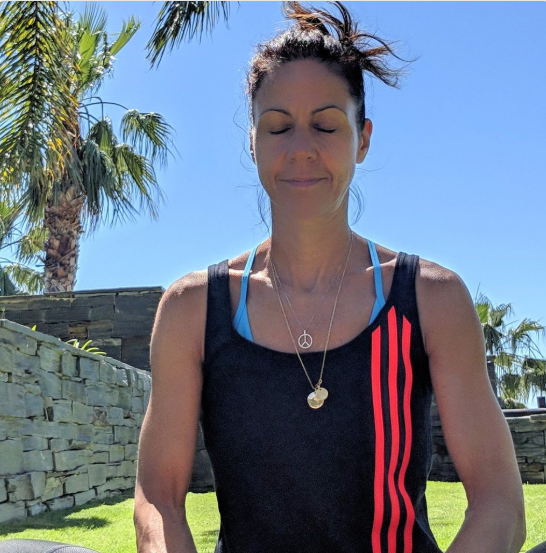 She's been using meditation as an aid to recovery (Credit: @JuliaBradbury Twitter)

Julia hosted Countryfile alongside The One Show's Matt Baker for 10 years, between 2004 and 2014.

Since her op, she's shared a number of motivational messages for her Twitter followers, revealing her gratitude at being able to "move and stretch again" and offering her take on meditation as an aid to recovery.

In one tweet, she flexed her toned arms for the camera and wrote: "Amazing how quickly your fitness levels drop, but grateful to be able to move and stretch again.

"Your mind and your body require constant attention and focus but it definitely helps recovery." 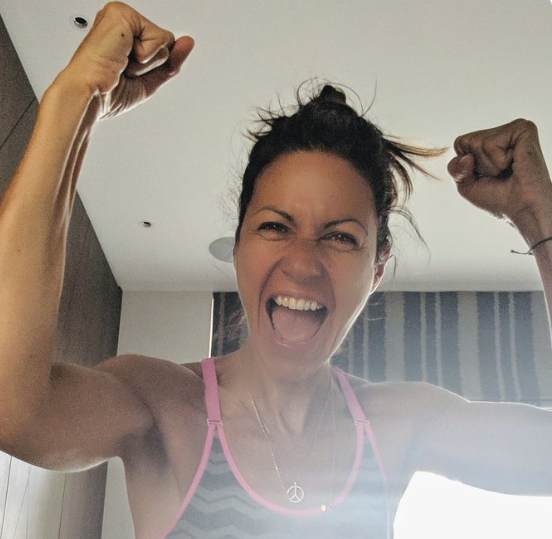 Julia had the op in April (Credit: @JuliaBradbury Twitter)

In another, she talked about meditating for up to 25 minutes but admitted finding the practice a struggle.

She tweeted: "I'm really trying to get to grips with it while I'm in recovery after my triple hernia op.

"If your mind is in one place and your body is in another, that is thinking, not meditation."

Julia and her partner, Gerard Cunningham, have three children together - son Zephyrus, seven, and four-year-old twin girls Zena and Xanthe.