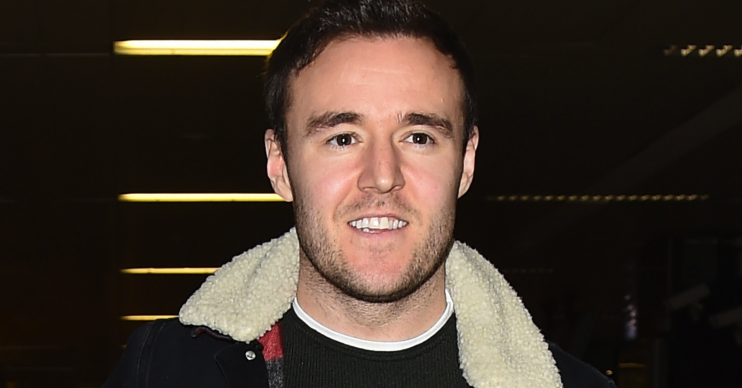 What a Weatherfield love in!

Alan Halsall and his girlfriend Tisha Merry are enjoying something of a Coronation TREAT at the moment, judging by an Instagram post Alan shared today.

The 37-year-old actor, who plays Tyrone Dobbs in the ITV soap, uploaded a photo of himself with his sweetheart in a Manchester bar.

And the pair’s Corrie pals are among those who’ve been sending their best wishes.

Great Food And Great Company Are Two Of Life’s Simplest Yet Greatest Pleasures. #🖤

The couple look relaxed and happy in the picture, with Alan cradling a glass of wine and Tisha tenderly touching his shoulder.

Alan has captioned the pic: “Great Food And Great Company Are Two Of Life’s Simplest Yet Greatest Pleasures.”

Tisha herself was the first person to respond to the post, telling her beau: “You look so handsome. Love you.”

And it wasn’t long before other famous faces of Weatherfield joined in the positivity.

Samia Longchambon, who plays Maria Connor in the soap, commented: “Ah u two!”

And another fan of the pair added: “Such a gorgeous couple x.”

Alan and Tisha reportedly started dating at the beginning of this year, and last month The Sun reported that Tisha had moved into Alan’s £750,000 home.

At 25, Tisha is a bit younger than Alan, and earlier this week the actor made a joke about the age difference.

He shared a photo on his Instagram Stories in which he was seen wearing a pair of under-eye patches – a treatment used to reduce puffiness.

He captioned the shot: “The [expletive] you have to do when your girlfriend’s 10 years younger than you!!”

Now, that’s what we call love!