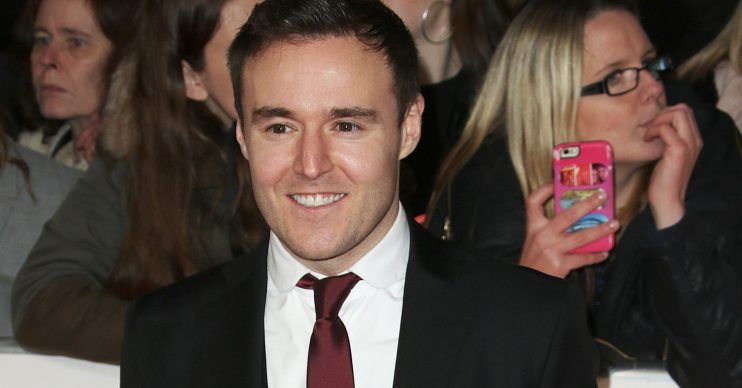 He turned 37 on Sunday

The actor’s girlfriend Tisha Merry, who previously starred in the soap, took to Instagram on Sunday to send a sweet message to her beau.

She shared a string of she and Alan together, including one of the couple with Alan’s five-year-old daughter Sienna-Rae.

“You make me happy every single day… I hope today shows you just how special you are! Have the most amazing day! I [love] you!”

One person said: “You make a beautiful couple. Happy birthday to Alan.”

Another wrote: “Ahh you make such a lovely couple,” while a third added: “Happy birthday Alan . You make such a gorgeous couple.”

Hard to caption this really …. #Happiness 💛

Alan and Tisha have been on holiday with Sienna-Rae.

The actor recently shared a snap of himself, Tisha and his daughter at their hotel in Greece.

Alan wrote: “What a way to celebrate my birthday (2 days early I know) but what a gorgeous week with my 2 beautiful girls.”

The couple announced they were getting divorced in May 2018.

At the time, Lucy-Jo said in a statement: “I can confirm that Al and I are divorcing.

“We remain friends and devoted mummy and daddy to our daughter Sienna. We would appreciate privacy so that we can focus on Sienna’s continued happiness.”

Lucy-Jo moved in with new boyfriend Lewis Devine in November 2018, while Alan and Tisha confirmed their romance in May of this year after rumours of them dating surfaced months earlier.