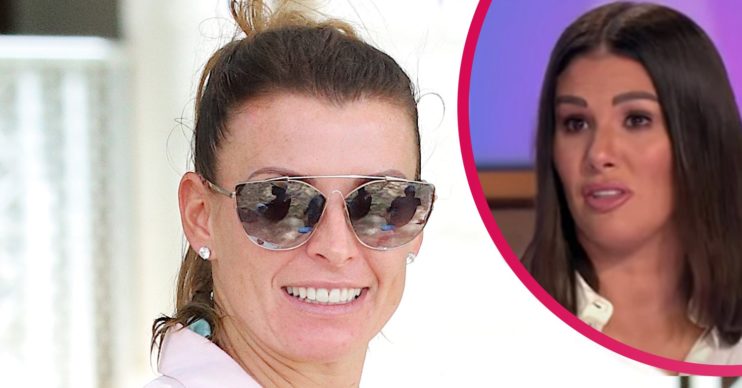 The mum-of-four is apparently unbothered by the fellow WAG's legal move.

Coleen Rooney is reportedly ‘not worried at all’ by Rebekah Vardy’s legal push to take her to court.

And she has allegedly filed new legal files that could take Coleen to court before the year’s out.

But Coleen has reportedly told friends that she sees Rebekah’s latest move as a ruse.

She apparently thinks she is trying to speed up the case to avoid truths about herself being unearthed.

Will Coleen and Rebekah face off in court?

A source told The Sun: “Coleen remains confident that she has an extremely strong case.

“She almost laughed when she saw the story about Becky’s latest move, which has not worried her at all.”

The source added: “Her lawyers specialise in investigative law and they are going through every form of communication between the two and between Becky and others since before Coleen started planting Instagram stories.”

She said she deliberately shared false stories only in view of Rebekah Vardy’s account – in a bid to trap her.

The stories then appeared in The Sun, though the publication said they confirmed their validity with Coleen’s reps prior to publishing.

She went on to sue for libel and each party has hired a team of lawyers.

At one point Coleen reportedly wanted to settle the issue face to face with Rebekah.

But plans fell through and they continue to communicate solely through lawyers.

Coleen has not spoken publicly about the debacle.

However, Rebekah appeared on Loose Women earlier this year where she said it was one of the worst things to ever happen to her.

She told the panel: “It was really, really hard.

She also said she and her newborn daughter, Olivia Grace, had been viscously trolled online.

Rebekah continued: “It kind of just escalated really… The trolling was the worst part for me and my family, I have been trolled before and I do get it all the time but it kind of escalated off the back of this… this was a whole new level.

“I had people messaging me saying nasty stuff one in particular [said], ‘you fat ugly rat I hope you and your baby rot’… people don’t realise when they’re saying stuff like that.”