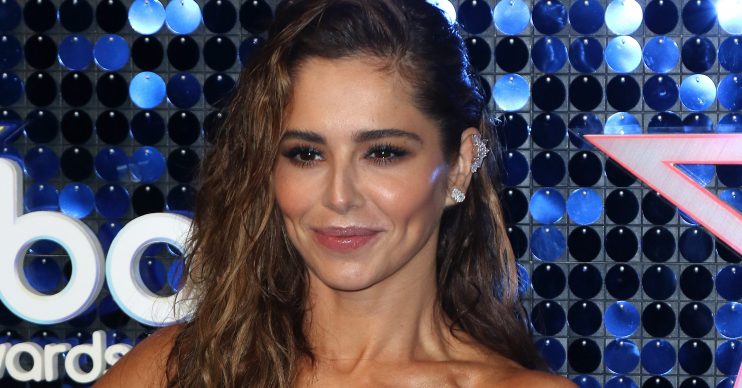 The Fight For This Love singer has shared a new behind-the-scenes picture from the set of the second series of The Greatest Dancer.

And, in the background, is villa favourite Curtis Pritchard.

Wearing pink PVC trousers, fluffy mules and a neutral jacket tied at the waist, Cheryl can be seen posing seductively against a wall.

Read more: Carol Vorderman’s fans are “distracted” by her curves as star show off her new hair style

Curtis can be seen in the background having his hair and make-up done.

Commenting on Cheryl’s picture, he replied: “Couldn’t resist photo bombing your 10 out of 10 picture.”

He signed the message off with a kiss, causing some to wonder if his head has been turned again.

Season 2 of @greatestdancer is coming with two exciting new members 💃🏻

“Changed your mind again have you?” quipped one follower.

They were referring to Curtis’s decisions to ditch his “half-girlfriend” Amy Hart and turn his affectsions to current girlfriend Maura Higgins while in the Love Island villa.

However, with Maura recently sharing a loved-up shot of her kissing her man, we’re sure there’s no trouble in paradise.

Not long till I’m back in your arms♥️

It was recently announced that professional ballroom dancer Curtis had joined the show, on which Cheryl is a dance captain.