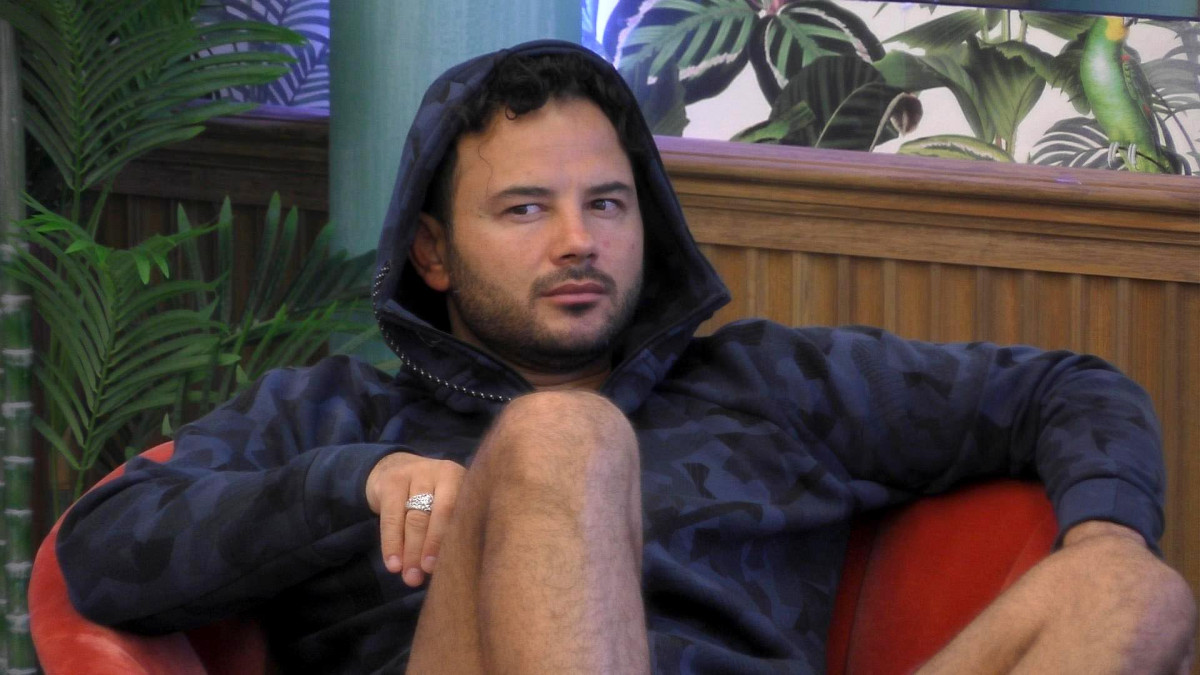 The scenes will air on Friday night's Celebrity Big Brother

Celebrity Big Brother’s Ryan Thomas has said he’s devastated to have been given a formal warning for ‘punching’  housemate Roxanne Pallett.

In scenes to air on Friday night, the former Coronation Street star tells Psychic Sally he “felt really low” about the accusation, while elsewhere Roxanne claims to have “been in pain all night”.

Ryan is adamant he’d never hurt anybody and he wanted to leave Big Brother after hearing the complaint.

Roxanne, accused Ryan of ‘punching’ her in the kitchen, which led Big Brother to call Ryan to the diary room and issue him with a formal warning.

However, fans of Ryan have insisted he was just play fighting and accused Roxanne of overreacting.

Elsewhere, Roxanne, 35, is seen breaking down in tears in the diary room as she claims Ryan “smirked” at her the morning after the incident.

She tells the diary room: “I don’t feel very comfortable or happy today at the moment because I slept separately last night because I felt uncomfortable because Ryan assaulted me.

Roxanne also tells Ben Jardine tonight: “Ryan punched me. It wasn’t play fighting. He punched me repeatedly in the ribs, there. I didn’t say anything but I was in so much pain all night.

More than 11,000 people have complained to Ofcom over Thursday night’s episode, with an Ofcom rep saying the complaints will be assessed before a decision is taken over whether or not to investigate.

Viewers saw Ryan making punching gestures with his arms as he jumped around Roxanne in the kitchen.

THE BIG TEASE. You’ve all been waiting to find out what happened after last night’s show… here’s your first glimpse of all the drama to come tonight! Also, your votes will decide who faces tonight’s live eviction! 9pm. @Channel5_tv. 😮 Brought to you by @PinkCasino_. #CBB pic.twitter.com/P7RVcGS3Ed

She then asked Big Brother to call her to the diary room where she tearfully said: “I’m just a little bit in shock. I went from being upset to being angry, because a boy has punched me repeatedly unprovoked, he actually punched me like a boxer would punch a bag.

Roxanne later requested to sleep in a separate bedroom as she felt uncomfortable and said she “couldn’t believe” that Ryan was being allowed to stay on the show.

Ryan was called to the diary room and given a formal warning.

Big Brother told him: “Before you entered the Big Brother house, rules regarding unacceptable behaviour were explained to you. You have broken this rule. At 3.55pm today, Big Brother noticed that whilst almost play fighting, you punched Roxanne in the ribs.

Ryan apologised and said: “From your point of view, yes, but I think we both know, and Roxanne, that there was no malice or anger in anything I did.”

Big Brother said: “Big Brother is issuing you with a formal warning in regards physical contact in the house. Any repetition, and Big Brother may have no choice but to remove from the house.”

The incident caused outrage among Ryan’s loved ones and co-stars with many taking to social media to defend him, claiming he’d just been playing around and Roxanne had overreacted.

Ryan’s girlfriend Lucy Mecklenburgh accused Roxanne of “making a mockery” of domestic violence, while Corrie’s Kym Marsh backed calls for Roxanne to be evicted next.

Ryan’s brother Scott tweeted: “Trying to damage my brothers reputation over what was blatantly some harmless play fighting. Be a drama queen all you want but don’t try and ruin someone in the process! Nasty that!”

Did you watch the incident? What are your thoughts? Leave us a comment on our Facebook page @EntertainmentDailyFix and let us know what you think!