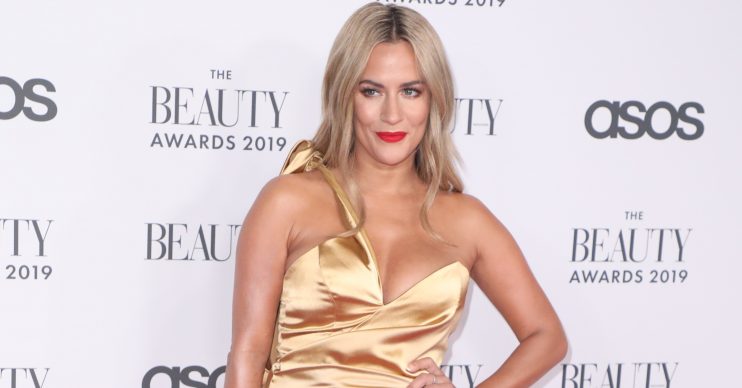 A private funeral was held on March 10

The 40 year-old Love Island presenter was tragically found dead on February 15 after taking her own life following a difficult time as she awaited trial for allegedly assaulting boyfriend Lewis Burton.

Close friends and family laid Caroline to rest at a private funeral on Tuesday, March 10.

Speaking to OK! Online, a source said: “There are a lot of people who want to celebrate Caroline’s life and so there will be a memorial service held later this month for her.

“So many of her celebrity pals are still mourning and want a chance to say goodbye so they’ll be able to do that at the memorial service.

“It’ll be a fitting tribute to Caroline and will bring everyone who loved her and supported her together.”

It’ll be a fitting tribute to Caroline and will bring everyone who loved her and supported her together.

He shared a video of the pair presenting The X Factor together in 2015 with him kissing her on top of the head as she spoke to audience members.

The presenter’s close friend Sam Campbell shared a message from Lewis on her Instagram Stories yesterday.

She said: “The thing about Caroline Flack is that ITV are absolutely devastated by what happened to her.

“So many people at ITV knew Caroline, including me, and it was unbelievably tragic.

“I think that we can never know what is behind suicide. It is not in any way simple. It is a very, very complex thing.