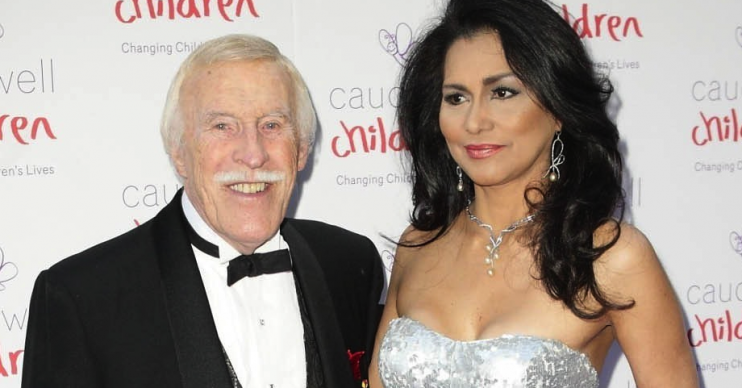 Bruce Forsyth’s widow ‘gets £5.4million as she shuts down husband’s business’

She's said to have closed down TV legend's business

Sir Bruce Forsyth’s widow is reportedly set for a payout of nearly £5.4million after shutting down the legendary entertainer’s business.

According to the Mirror, Lady Wilnelia Merced, 61, put Bruce Forsyth Enterprises into liquidation earlier this week, and will receive the money in a year’s time.

Following Bruce’s death in 2017, aged 89, a separate report claimed that Lady Wilnelia was in line to receive the vast majority of his fortune, as the former Strictly presenter wanted to avoid paying inheritance tax.

The Mirror’s article claims that former Miss World Lady Wilnelia will receive a total of £5,387,592 from the sale of Bruce’s business.

Ent Daily has contacted a rep for Wilnelia for comment.

It’s previously been claimed that Bruce left the Puerto Rican model £11.5million in his will, with his son and five daughters getting nothing – the suggestion being that this would get around the issue of inheritance tax.

A source told the Daily Star: “Bruce hated the idea of his estate getting devalued by inheritance tax, and spoke about that publicly before his death.

“Leaving everything to Wilnelia means he avoids inheritance tax.

“He is likely to have done that as he trusted her to distribute the wealth among their relatives – and because she can give a significant amount away tax-free to their family, it means they end up with more.”

Former Strictly judge Bruce had previously aired his grievances about having to pay inheritance tax.

In a 1995 interview with the Radio Times, he said: “I think your inheritance should go to your children more than back to the country that you’ve lived in.

“I’m not saying you don’t owe the country something – of course you owe your country a lot for living there all those years. But I think it can be a bit over the top.”

Bruce met Lady Wilnelia in 1980 while both were judging that year’s Miss World competition in London.

The couple tied the knot in New York in 1983, and had a son together four years later.

To mark the couple’s 30th anniversary in 2013, Bruce gave an interview to the Mirror, in which he spoke about their first meeting at the Royal Albert Hall.

He gushed: “I believe it was fate that we met. I don’t think it can be anything else.

“I asked her if she thought her partner would mind if she had a dance with me, and she told me he was just a friend.

“That’s when my heart leapt at least six feet in the air. Aren’t I the luckiest man in the world to get this beautiful, ­gorgeous girl that has such a wonderful personality?”