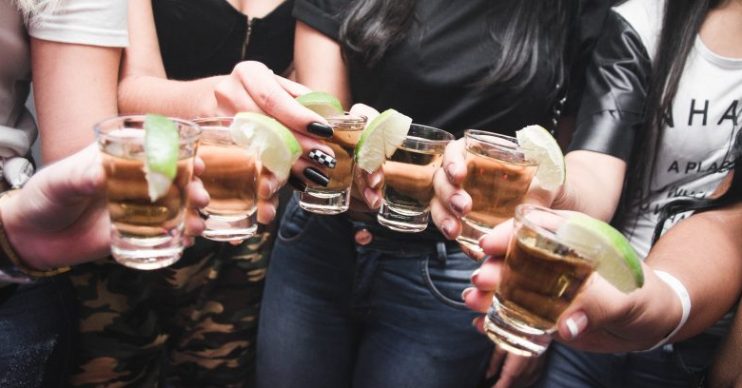 Brits might get drunk more often than anyone else in the world, according to new data.

The Global Drug Survey, which quizzed the habits of 120,000 people across 36 countries, highlighted findings that might not surprise anyone who lives within a stone’s throw of a pub.

The report found that British people get sozzled, on average, around once per week or 51 times annually.

The US came in second place, with Americans getting intoxicated an average of 50 times a year, followed by Canada (48), Australia (47) and Denmark (42).

By comparison, our friends over in Germany reported only getting smashed 22 times a year.

Despite being known worldwide for the quality of its beers, Germany was the third most sober country in the report, behind Portugal – where people are off their face around 20 times annually – but ahead of Columbia (22) and Argentina (24).

People in Chile, the most sober country of those surveyed, reportedly get drunk an average of 16 times per year.

Its authors have suggested that as Britons love to drink so much, it might be more constructive for authorities to suggest they alternate alcoholic beverages with soft drinks or opt for lower strength beers.

According to The Sun, Prof. Adam Winstock from University College London, a lead researcher, said: “Until we become more European and moderate in our drinking, we might have to bite the bullet and think about how to advise people to get drunk drinking less.”

The NHS recommends that people keep their risk of alcohol-related harm low by not regularly drinking over 14 units of alcohol a week, which is roughly equivalent to six standard-size glasses of wine or six pints of lager.

It also advises that if Brits do drink as much as 14 units a week, it’s best to spread it evenly over three days or more.

According to the latest ONS data on Brits’ drinking habits, collected in 2017, 57% of respondents aged 16 and over drank alcohol, which equates to about 29.2 million people.

Perhaps surprisingly, people in the 16-to-24 bracket were less likely to drink than any other age demographic – although when they did, consumption on their heaviest day of drinking tended to be higher.

Those who worked in managerial and professional occupations were most likely to report boozing in the past week, as were the highest earners.