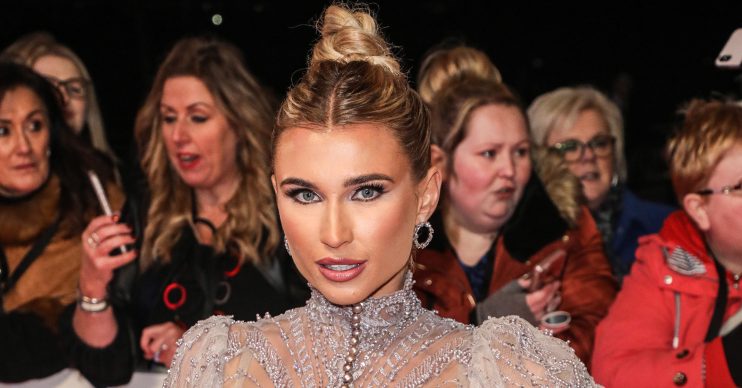 This will be her third child with Greg Shepherd

Viewers have watched Billie Faiers and sister Sam share the ups and downs of motherhood on The Mummy Diaries.

And soon another addition could be joining their families.

Billie told OK! Magazine she is planning to have a third baby with husband Greg Shepherd as she enters her 30s.

Read more: Billie Faiers mocked by fans for having yet another holiday

The couple already have a son, Arthur, two, and daughter Nelly, five.

“We always talk about baby number three. I’m throwing it out there – it’s going to happen,” she said.

“Greg is coming round to the idea too – he said the other day, ‘When we have another baby… Oh, my God, did I just say that?’

“I don’t know if it will be this year as I don’t have enough time to fall pregnant! But maybe next year. We need to do it sooner rather than later as I don’t want a huge gap. Arthur is going to be three in March so time is ticking!”

Living in this gorgeous jumper from my collection with @inthestyle perfect for these cold evenings ❄ AND there is up to 50% off EVERYTHING on site now!

Billie said she feels like a “proper adult” since turning 30, however admits she still has some growing up to do.

She added that her twenties were “the most life-changing, amazing years of my life” and she feels “very grateful”.

But now being in her thirties, Billie said she feels like a “proper adult” and feels she needs to “grow up”.

I’m at a point where I’m really happy and settled. I know where I want to be and where I’m going.

She added that she’s “at a point where I’m really happy and settled” and she knows where “I want to be and where I’m going”.

Billie, who turned 30 last month, held a glittering Great Gatsby-themed bash to celebrate at Hedsor House, where some scenes from Killing Eve were filmed.

Lucky Billie received gifts from husband Greg including a Chanel handbag and a Cartier necklace.

She was also treated by her family to a trip to New York. Billie shared a snap of her with mum Suzanne Wells and sister Sam, 29, drinking champagne as they waited to board their plane.

We will wait for further news – but look forward to welcoming the new star of The Mummy Diaries soon.

What did you think of this story? Go to our Facebook page @EntertainmentDailyfix and leave your comments.