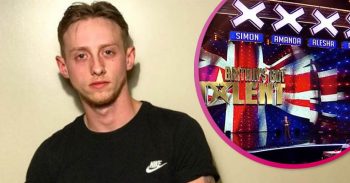 His mum and girlfriend have spoken out

Britain’s Got Talent 2019 contestant Jack Saunders has died at the age of 25.

Dancer Jack – who made it through to the semi-finals of the upcoming series – was found dead on Sunday after he took his own life.

The dancer’s mum, Sandra told The Mirror: “We don’t know why he did it, he didn’t leave a note. He did not have depression. He went to the GP before Christmas because he was feeling tired and they never spotted any problems.

“It’s just shocked everyone because to other people Jack had it all. Jack achieved more than many people could dream of achieving. He knew we loved him. I think he was a Lost Boy. He must have felt just like a lost boy, bless him.”

His sister Kayla Williams added: “Suicide awareness is getting better but there is still a bit of a stigma, but it can happen to anyone. The message we want to share about Jack’s death is how important it is to talk to people, and tell people how great they are.”

A spokesman for Britain’s Got Talent told the newspaper: “Our thoughts and condolences are with Jack’s family and friends during this difficult and devastating time.”

Fans of the show have also paid tribute on social media.

One person said: “So very sad, RIP Jack,” while another wrote: “Gone too soon. RIP Jack.”

According to The Mirror, BGT bosses are speaking to Jack’s family and Green Force Five about whether to air their audition and if they want to take part in the semi-finals.

A memorial event for Jack will take place in Stratford on Sunday.

Britain’s Got Talent is set to return in April on ITV.