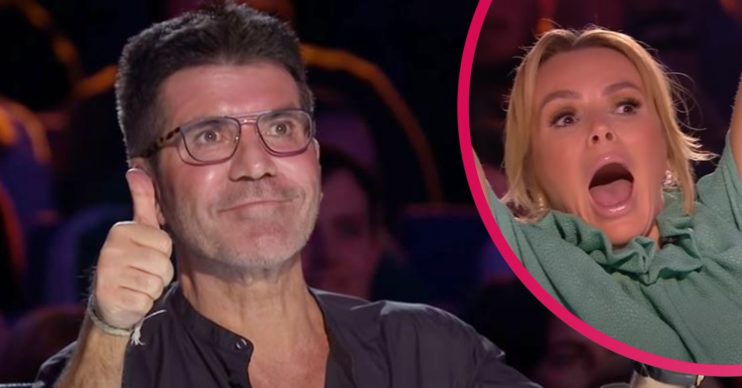 Not long to wait

BGT is heading back to screens for new episodes, dubbed The Finalists Revealed, after it ground to a halt because of the lockdown.

ITV made the decision earlier this year to put Britain’s Got Talent on hold due to the coronavirus pandemic.

When are the BGT Finalists episodes coming to telly?

Now, the broadcaster has confirmed the date that fans can will get to see the series to continue.

Britain’s Got Talent: The Finalists will arrive on screens on Sunday, August 30. It will air at 6.30pm on ITV.

The channel confirmed, in a press statement: “The nation’s favourite TV talent show, Britain’s Got Talent, returns to our screens to continue its 14th series packed full of variety, where the search continues for this year’s winner.”

The first episode will reveal which of the acts the judges have seen will go through to the semi-finals.

All, as usual, are competing to win the £250,000 prize, as well as the opportunity to show off their talents in front of members of the Royal Family at the Royal Variety Performance.

Read more: Britain’s Got Talent viewers desperate to know who got through to the semi-finals

When the last episode of the audition stage aired in May, viewers felt gutted as it missed out the semi-finalist reveal segment. Instead, it ended on a massive cliffhanger.

At the time, one viewer fumed: “They could have still showed us the judges picking the acts for the semi-finals #BGT.”

The search continues for this year’s winner.

Another said: “What about the choices for the semi-finals? It feels so strange and weird not being able to see who got through. This is a first. #BGT.”

A third demanded: “So we’re not getting told who is through to the semi-finals then? #BGT.”

ITV said of its decision to spit the series in two, ahead of the auditions airing: “We have been working with the brilliant production teams at Thames and Syco to find a way of making the live finals work, which were due to be broadcast at the end of May.

Read more: Simon Cowell ‘walking quicker than doctors expected’ as he recovers from broken back