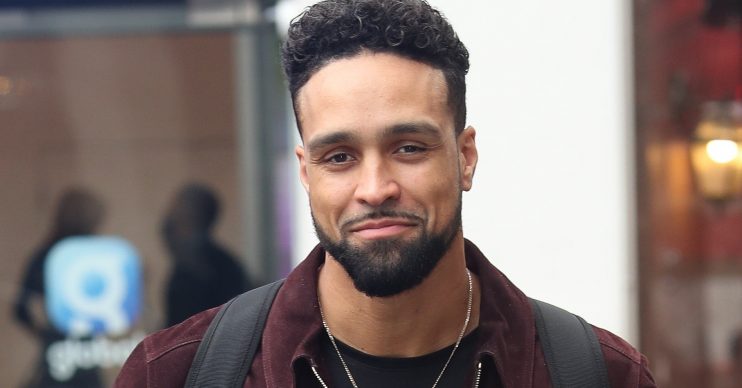 Diversity star Ashley Banjo has admitted he’s finding it tough not seeing much of his baby daughter due to his super busy filming schedule.

The former BGT winner and Dancing On Ice judge, 30, revealed on Instagram that he hasn’t had a chance to see five-month-old Rose very often recently.

Sharing an adorable snap of the tot perched on his stomach, Ashley told fans he’s always sure to include “baby time” whenever he’s rehearsing with his fellow Diversity members.

He also opened up about preparing to bring Rose with him on part of the dance troupe’s next tour – and said he can’t wait to show her what the experience is like.

“Filming schedule is crazy at the moment so I don’t get to see her that often, which is hard… but she’ll be coming on some of the tour later this year!

“Her first tour before she’s one. I can’t wait to show her what a show looks like, hear the sound of all those people and also introduce her to some of the finest service stations the UK has to offer.”

Ashley’s fans rushed to comment on the pic, with one writing, “The way she’s looking at you melts my heart” and another commenting, “Such a cutie”.

Someone else told him, “Your baby is so squishy and has the best cheeks!” while a fourth put, “She’s waaayyy too adorable!”

This little poser is beginning to perfect her selfie face already 😄 I feel so blessed everyday to call this beautiful little chunk my daughter… You know that proud parent feeling? Yep… Got it 😅❤️🌹 #rosiediaries

Ashley regularly updates his followers with photos of Rose, who was born in February.

Last month, he melted hearts with a pic of the tyke laughing on the set of Britain’s Got Talent as she sat on her dad’s lap at the judges’ panel.

He’s previously admitted that the tot seems like she’s going to be a right poser, telling fans that she had already perfected her “selfie face”.

He wrote on Instagram in June: “[Rose] is beginning to perfect her selfie face already.

“I feel so blessed everyday to call this beautiful little chunk my daughter… You know that proud parent feeling? Yep… Got it #rosiediaries.”