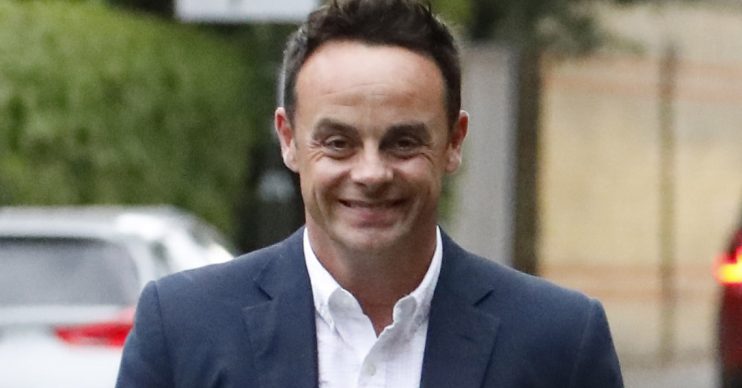 Ant McPartlin has fans in stitches with ‘awkward’ wardrobe blunder

Presenter Ant McPartlin had fans in hysterics after posting evidence of an “awkward” wardrobe blunder.

On the Instagram account he shares with his pal Dec Donnelly, Ant shared a photo of what appears to be, at a glance, a pair of black dress shoes with nothing amiss.

But on closer inspection it’s clear the shoes don’t match at all, as they have differently shaped throats and toe boxes, as well as a different number of eyelets for the laces.

The caption, signed off with the letter ‘A’, read, “Hmm, well this is awkward!” and included the hashtags #theylookedsimilar #rushedtowork #wrongshoes and #dontlookdown.

Ant’s fans flooded the comments with hundreds of laughing-crying emojis, while others admitted they could relate to the mistake.

One said: “My mum did this once, two similar looking trainers.”

Hmm, well this is awkward!

Another wrote: “I’ve walked out the house without shoes before so you’re still winning.”

A third put: “As long as the heels are the same height, you’ll be fine… speaking from experience…”

Someone else commented: “My husband once went to work in his slippers, I dropped him off and apparently he was frantically waving at me to come back. He didn’t move from his desk all day!”

A fifth reassured Ant: “Oops! I’m sure no one will notice…”

Ant will be back on our screens soon for this year’s I’m A Celebrity… Get Me Out Of Here!.

Ahead of the new series, Ant and Dec have featured in an interactive promo campaign that lets viewers at home decide exactly how the pair get to Australia.

Read more: Ally McCoist in trouble with his family after ‘turning down I’m A Celebrity’

While the start date is now known as Sunday November 17, the full celebrity line-up is still a closely guarded secret at ITV.

The rumour mill has nevertheless gone into overdrive in recent weeks, throwing various names into the mix.

Actor Andrew Whyment from Coronation Street is the latest reportedly linked with the show and producers are said to be “chuffed” with their soap signing, as a source told The Sun: “Producers are really pleased with the line-up so far, with just a couple of faces to unveil.”