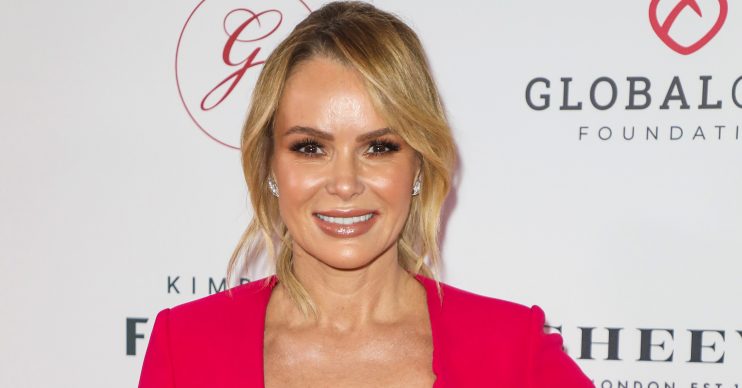 BGT judge has broken her leg in two places

Amanda Holden was admitted to hospital while on half-term holiday after suffering a terrible accident.

The Britain’s Got Talent judge has broken her leg in two places on an assault course.

Amanda, 48, is understood to have snapped her fibula while playing with daughter Hollie, seven.

Husband Chris rushed the Heart FM presenter to hospital, where she had a metal plate fitted.

Trooper Amanda has vowed to get back to work with co-host Jamie Theakston on the breakfast show as soon as possible.

A source told The Sun: “Amanda was enjoying some well-earned family time and was throwing herself into playing with her daughters at the seaside.

I had an operation on Friday and a metal plate was fitted.

“She lost her footing while climbing on an inflatable assault course with her daughter and fell into the sea.”

Mum-of-two Amanda, who is now resting up at home, says: “Sadly this is true.

“I suffered a nasty accident while playing in the sea with the family during our half-term holiday and subsequently broke my leg in two places.

What an amazing night. @bgt #bgtchampions #final And all the better sharing it with my #girls 📸#mylub

“I had an operation on Friday and a metal plate was fitted.”

Amanda’s rep has confirmed that she will be back at work on Monday, October 28.