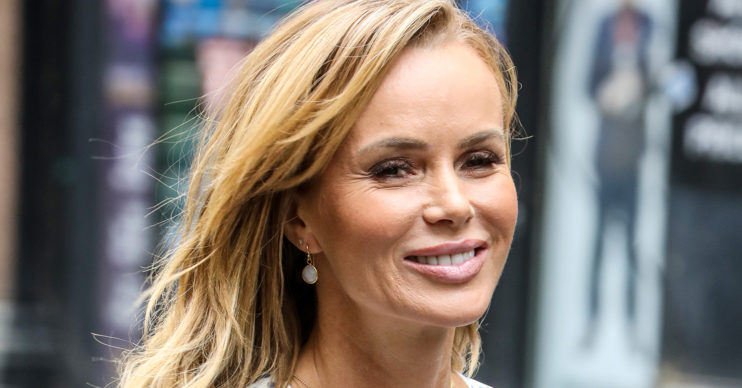 And others quite creeped out. The mum-of-two, 49, spoke out after a listener called in with a concern.

A worried listener revealed her husband was ‘locking away’ their child’s fallen-out teeth.

The caller said she was unnerved by her spouse wanting to hold onto the former body part.

However, Amanda said that was nothing compared to what she has kept over the years.

She candidly spoke of multiple unusual items she has kept from her two daughters.

Amanda explained: “I really don’t think there is anything wrong with it.

“I’ve kept all sorts from when Lexi was a baby. I have her first lock of hair and her first tooth.

“Gosh, I even have her first nail clipping. I’ve kept almost everything from when she was a baby. I think it’s important.”

But she added that she didn’t bother keeping anything from her second daughter Hollie.

She said: “Yeah but with the second child there was nothing. There was no need.”

One user argued: “Whatever about teeth and hair, that’s okay, but nail clippings is just creepy!”

Another user claimed: “It’s cute yet disgusting that Amanda Holden kept her daughter’s nail clipping. Not sure how I feel, lol,”

And a third user claimed: “Oh woah. Nail clippings are too far. Amanda just makes me laugh so much.”

This comes just a day after the actress turned host admitted to using haemorrhoid cream for under her eyes.

She told her listeners that it was her best tip for keeping crow’s feet and under eye wrinkles at bay.

She said: “Instead of using tea bags under your eyes, or expensive eye creams, I’ve got what you all need.

“Just dab some haemorrhoid cream under those puppies and you’ll be looking ten years younger.”

Her co-host Jamie Theakston urged her to further explain this method.

She continued: “Well it’s for a veiny area in the first place right? So it decreases the visibility of wrinkles and dark circles.

“It’s an amazing trick, just try it out for yourselves and trust me, you’ll never go back.”

What do you think of Amanda’s confessions? Share your thoughts with us on our Facebook page @EntertainmentDailyFix.