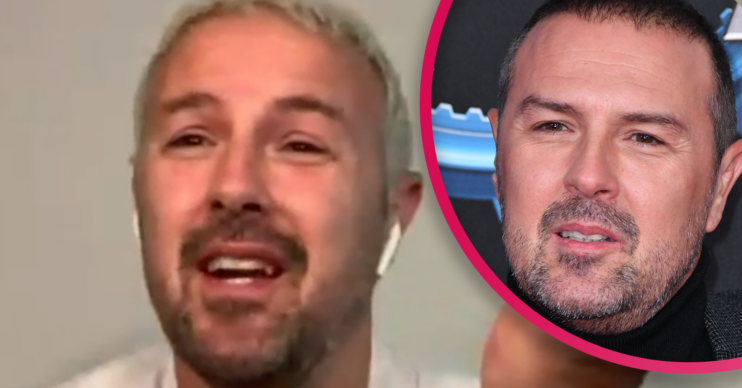 The presenter has documented his weight journey in the past

TV’s Paddy McGuinness has revealed he’s “piled on” weight during lockdown after creeping to over 15 stone.

The Top Gear presenter is no stranger to sharing his fitness journey online, having previously shed an impressive 1.5 stone in five weeks last year.

But just like many of us, it appears lockdown has certainly got the better of Paddy as he jumped on the scales today (July 7).

However, fans were quick to reassure him not to worry.

A second said: “It’s worth every pound to have had all that fantastic time with the family❤️ ❤️ .”

The extra gain certainly isn’t a huge one for Paddy, who previously admitted to putting on weight earlier this year.

The former Take Me Out host said he “felt fit but looked ill” when he weighed less as he shared before and after pictures of his face.

In February, he said: “Look at the difference! I definitely feel better with a bit of weight on me. There’s 12 months between these pics. I stripped right back to 12 stone, felt fit but looked ill.

“I’m now 15 stone and feeling stronger, having said that none of my suits fit me anymore!!! #thursday #weightloss #weightgain #beforeandafter #thin #curvy.”

Look at the difference! I definitely feel better with a bit of weight on me. There’s 12 months between these pics. I stripped right back to 12 stone, felt fit but looked ill. I’m now 15 stone and feeling stronger, having said that none of my suits fit me anymore!!! #thursday #weightloss #weightgain #beforeandafter #thin #curvy

It comes one year after the star slimmed down with a strict diet and fitness regime – dropping from 14 to 13 stone.

At the time, Paddy said: “I’m now 13st 9lb (2nd pic) and happy with my size. Not shredded to death but feel comfortable in my clothes and more importantly I’m not out of breath climbing the stairs!!”

Upon his return to the show, he crashed a £250k Lamborghini Diablo on set.

The presenter lost control of the car on Tuesday, June 16 when it slipped on oil as he filmed the BBC car show in North Yorkshire.

However, it didn’t take long for Paddy to get “back on the saddle”, with him returning to the scene of the crash the following day.

He said in a video: “Hello there, back filming again today with Top Gear. I thought I would show you the Diablo, it’s back there on a low-loader. Gutted. Can you see the damage underneath there?

“Hopefully fingers crossed we can get back on the road. It wasn’t as bad as it was made out yesterday to be, honest. But it goes to show you, a little bit of oil on the wet road, lethal. I was only doing about 32mph. We live to fight another day.”