Footballer Peter shared the happy news on Twitter on Tuesday revealing their little boy was born on Monday.

He wrote: "Our boy is beautiful the name is still to be clarified unfortunately Abs not going for Divock Samrat."

Fans rushed to congratulate the couple on their new arrival.

One person said: "Fan(bloody)tastic trolling good Sir! Congratulations to you and Abbey!"

The couple are already parents to daughters Sophia, eight, Liberty, four, and son Johnny, who was born last January.

Back in April, Abbey told fans she was about to "pop" as she shared a snap of her bump. 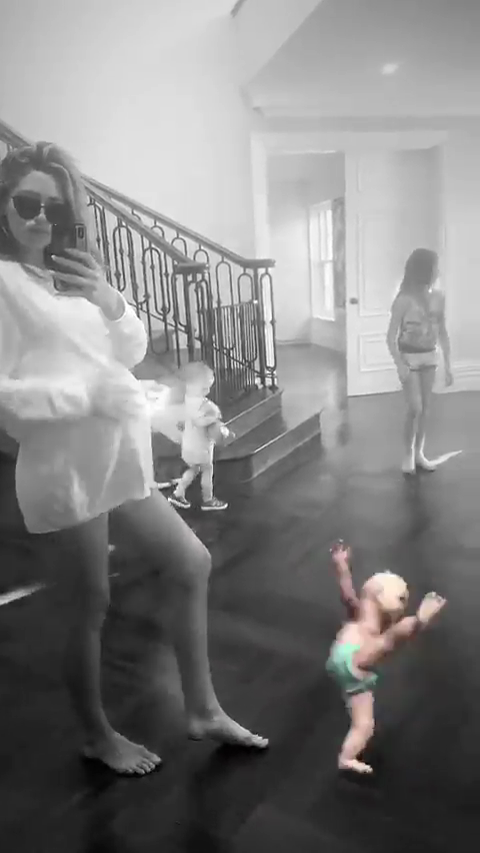 Abbey said she was about to pop in April (Credit: Instagram)

After Johnny's arrival in January 2018, Abbey insisted that she didn't want to add to her brood – partly because she'd had some difficulties giving birth to her son.

"We were, like, how did this even happen?" she told the Mail Online. "I was on a photoshoot and the photographer, a woman who I work with a lot, said: 'Your boobs look really big.'

"And I said: 'Actually, I was thinking that.' Then I looked at my diary and thought: 'Oh no.'" 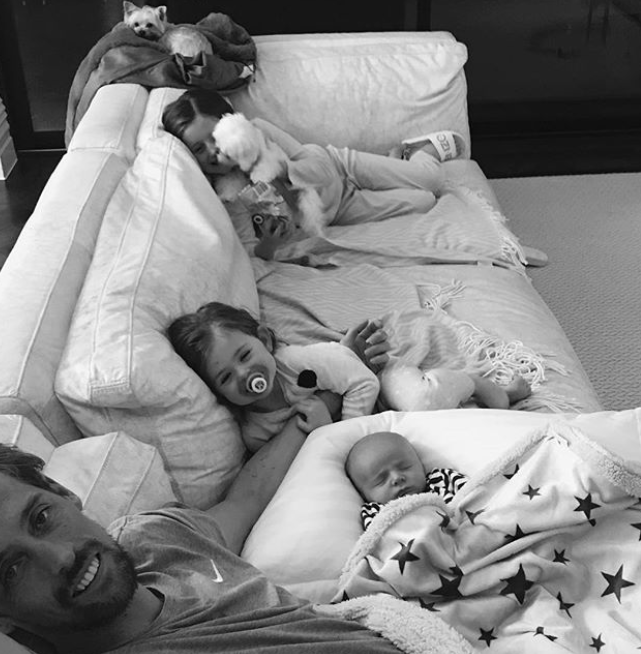 Despite that, Abbey insists that she's happy to be expecting again – even if she is a little apprehensive.

"You know, I do feel very blessed to have a fourth baby and I do think it's a gift," she added. "But I was so ill with Johnny, I couldn't get out of bed. I was in hospital twice on a drip."

Leave your congratulatory messages for Abbey and Peter on our Facebook page @EntertainmentDailyFix!