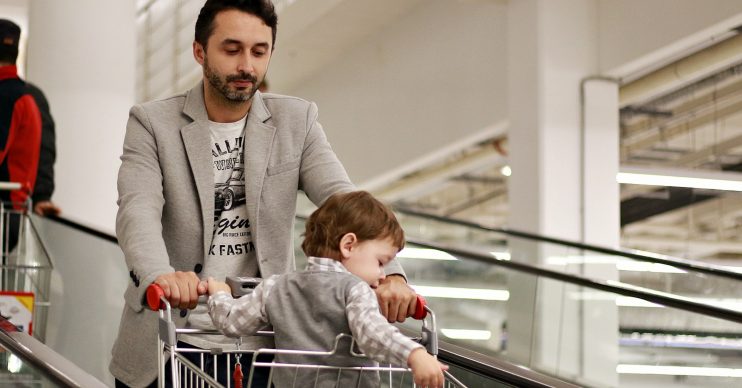 Shoppers slam Asda, Sainsbury’s, Tesco and Aldi as they ‘ban’ parents from bringing children into store

Shoppers have slammed Asda, Sainsbury’s, Tesco and Aldi after reports they have “banned” parents from bringing their kids into store.

It comes amid pleas from Boris Johnson to exercise social distancing during the coronavirus pandemic.

Furious parents took to social media to share their experience of shopping in store.

Some said they were turned away, while another was apparently forced to leave her four kids at the entrance while she shopped for essentials.

Many supermarkets have introduced new measures during the pandemic.

These include limiting the number of people allowed in store at any one time, for instance.

She’s a single mother, what is she supposed to do with her? I am beyond angry.

Now some have claimed the big supermarkets refused to let them enter the store after they arrived with more than one child in tow.

“Told she couldn’t go in”

One tweeted Aldi to ask: “Since when did you stop children going into your shops?”

She added: “My daughter tried to go shopping today with her five-year-old daughter but was told she couldn’t go in with her daughter.”

The grandmother added: “She’s a single mother, what is she supposed to do with her? I am beyond angry.”

Another said: “A friend visited @AldiUK this morning and has been told that she has to leave her four kids at the front of the store while she does her essential food shop.”

They added: “She’s a single mum and has no choice but to take her kids shopping as she has nobody to look after them.”

bunch or heartless staff around my area. Told a SINGLE mother to leave her 5-year old child alone outside, because they aren’t allowing children in the shop. and because she refused, wouldn’t allow her in.

Asda also reportedly told a woman she could only shop in store if she left her son outside.

“New rule: Asda are allowing one person only from each household,” she said.

“Just got turned away”

“I just got turned away with my son. Luckily I could leave him outside if I wanted as he’s old enough,” she said.

However, she added: “Kinda concerned for the single parents with younger children and no family/support though… How can they shop?”

Except it is! was at Asda with my 7y/o this week & was told by security guards that I would be “allowed in this time but next time I’d need to work something else out”! Unfortunately many of us do not have the privilege of leaving our children safe at home. I will shop elsewhere.

Sainsbury’s, too, has been accused of implementing the new policy.

“So when did you decide to stop allowing children into your stores?” one mum tweeted

“Absolutely disgusted by the security staff and service at Charcot Road NW9 store,” she added.

“I was refused entry with my son and security told me to leave my seven year old outside ALONE! I am a single parent!” she stressed.

If it’s only 1 adult and no children in @asda and @sainsburys then how does my daughter as a single mother shop?and don’t say online as she can’t afford Wi-Fi to order online

Asda responded to the claims, saying it “wasn’t the case”.

However, it did add: “If possible, it would help us greatly if you could bring fewer family members when visiting our stores.”

Aldi said it has no restrictions on people shopping with family members.

However, it has asked that one person per household does the shopping alone where possible.

Tesco and Sainsbury’s both said they haven’t banned children. However, they are trying to encourage people to shop with no more than one other person.

Let us know if you’ve been affected on our Facebook page @EntertainmentDailyFix.