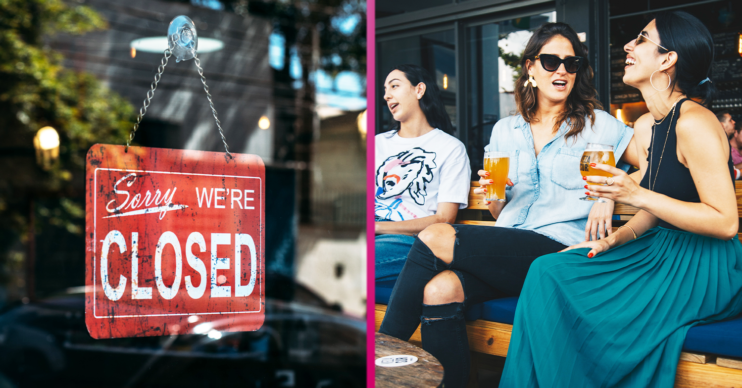 And Brits are actually pretty pleased

When Prime Minister Boris Johnson announced that pubs in England could reopen on July 4, Brits up and down the country were thrilled.

However, as Super Saturday approaches, landlords have expressed worries over how they will enforce social distancing.

Boris dropped the 2m social distancing rule to 1m plus for the reopening.

However, many publicans have declared the distance unworkable and, as a result, have said they won’t be opening this coming Saturday.

Under the new rules, pubs in England can open on Saturday and provide indoor service.

Screens will separate tables, bar staff will deliver drinks to customers and orders will be made via apps.

Pub toilets will also be open to customers.

JD Wetherspoons has said it plans to reopen hundreds of its pubs for the first time since March.

However, not all landlords feel the same.

Many in the north-east are planning on keeping their doors closed come Super Saturday.

Owners of one pub chain in Sunderland said on Facebook that all of its bars will remain closed.

“We are concerned that the mass gatherings and intensity expected on Saturday isn’t worth putting our team under unnecessary risk and stress,” the statement read.

“Our safety, your safety and to protect the emergency services from unnecessary duress we think is paramount and the responsible thing to do in our much-loved city,” it added.

“We will not be opening until further notice and remain closed this weekend.”

The chain’s followers were quick to praise bosses.

“Well done on putting your staff and customers’ health and safety first. Hopefully more establishments will follow you and put others first instead of their bank accounts.” another commented.

Many echoed the sentiments on Twitter and said they were pleased that some pubs had decided to remain closed.

It seems that publicans are showing more sense than the government!

“I have heard several owners of licenced premises who aren’t opening on Saturday. Seems a sensible move as there are far too many people who seem to have lost their marbles during lockdown. God knows how they will behave when pubs first open!” said one.

“It seems that publicans are showing more sense than the government!” said another.

She said those living in the capital could expect a lot more police on the streets.

She added: “My message is, if you’re coming out on Saturday, be calm, be sensible. Look after yourself, look after your family. We are still in a global pandemic which is affecting this country very obviously.”

Head to our Facebook page @EntertainmentDailyFix and tell us if you’ll be visiting the pub this weekend.