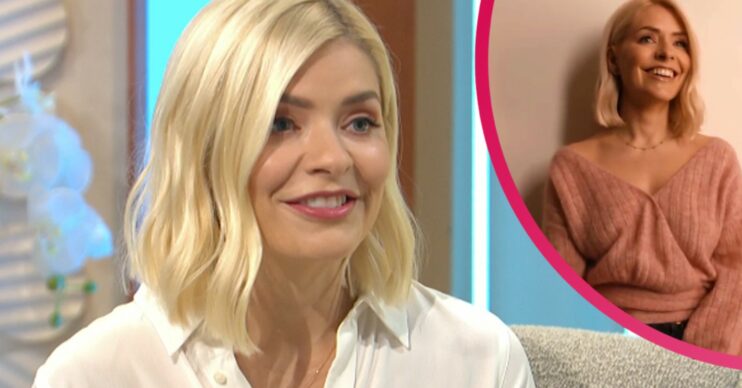 The This Morning star recently launched a candle collection too

Holly Willoughby has revealed the prices of her new jewellery range, and fans aren’t happy.

This Morning star Holly, 40, recently came under fire from fans over her pricey candles.

Fans blasted the presenter when she released a £65 Wylde Moon candle last month.

However, those fans who were annoyed at the price may want to look away now.

Holly has unveiled a new jewellery collection titled “moon worshipping with Kirstie Le Marque, Love You to the Moon & Back”.

Fans rushed to comment below Holly’s post, with some questioning whether the prices would be more accessible.

One wrote: “Everything you’ve created is beautiful. It’s just such a shame it’s so expensive.

“I understand the jewellery will be expensive (it looks gorgeous) but the candles are so expensive. It’s such a shame you couldn’t reach out to us on the average wage.”

“These are gorgeous but will be out of my price league,” said a second sad fan.

A third replied: “Beautiful jewellery but way out of price range like your candles.”

Despite the cost, other fans confessed they can’t wait to get their hands on some of the items.

“This all looks gorgeous, can’t wait to wear it,” said one of Holly’s followers.

However, not everyone was entirely impressed with the This Morning star’s wares.

One fan said: “Not to be mean but I’m a bit disappointed. I think the jewellery looks a bit tacky.”

‘Not sure I’ll be getting one’

Another commented: “WHY so expensive?! I’d guess you’re pricing half of your audience out of the party. £40 for a candle, I view that as elitist.

“I thought this was a place for everyone, I’m disappointed.”

Are you going to buy any of the items Holly is selling? Leave us a comment on our Facebook page @EntertainmentDailyFix and let us know.