Gaming company GAME has brought back its Christmas-meal-in-a-tin, first introduced in 2013, this time with vegetarian and vegan options.

The Christmas Tinner, which features nine layers of food in one tin, has been a huge hit every year since its inception six years ago.

The vegetarian version is due to customer demand (Credit: GAME)

Read more: Grandmother charges £30 a head for their £500 Christmas dinner

The company introduced the product after its customers admitted that they'd give up Christmas dinner to stop playing their favourite video games.

The all-in-one concept was designed so that those who didn't want to stop playing games could have Christmas dinner in their chairs while still playing.

The company says it has been inundated with requests for vegan and vegetarian options, and this year it has come up with something to suit everyone. 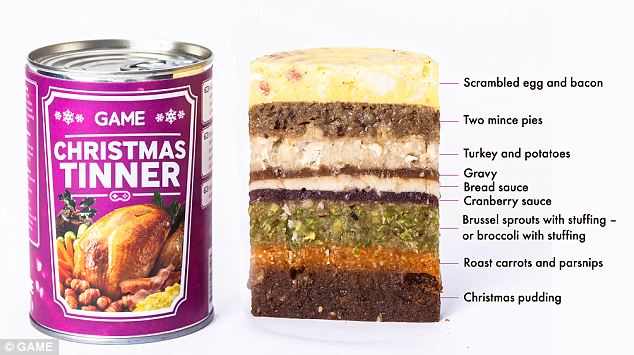 The traditional Christmas Tinner comprises of nine layers of food, ranging from a starter to a pudding.

The top layer is made of scrambled egg and bacon, which sits above a layer of fruity mincemeat.

The middle layers combine turkey and potatoes, roast carrots and other trimmings before being finished off by a layer of Christmas pudding.

The vegan option, meanwhile, boasts 12 layers, and features scrambled tofu and tempeh bacon, before serving up a mushroom wellington.

The vegetarian version also has 12 layers of food and switches out scrambled eggs and bacon for gingerbread pancakes and the traditional turkey for a nut roast.

This option also features veggie pigs in blankets, and yule log and Toblerone for dessert.

The Christmas Tinner was designed for gamers (Credit: GAME)

A spokesperson for GAME said: "The original Christmas Tinner has been so popular with gamers over the last several years that this year we've been inundated with requests for a vegan or vegetarian alternative.

There are now 3.5 million vegans in the UK and we have had to respond to the shift in consumer behaviour habits.

"There are now 3.5 million vegans in the UK and we have had to respond to the shift in consumer behaviour habits and demand and make sure our products are appealing to all."

All versions of The Christmas Tinner are available in-store and cost £1.99. 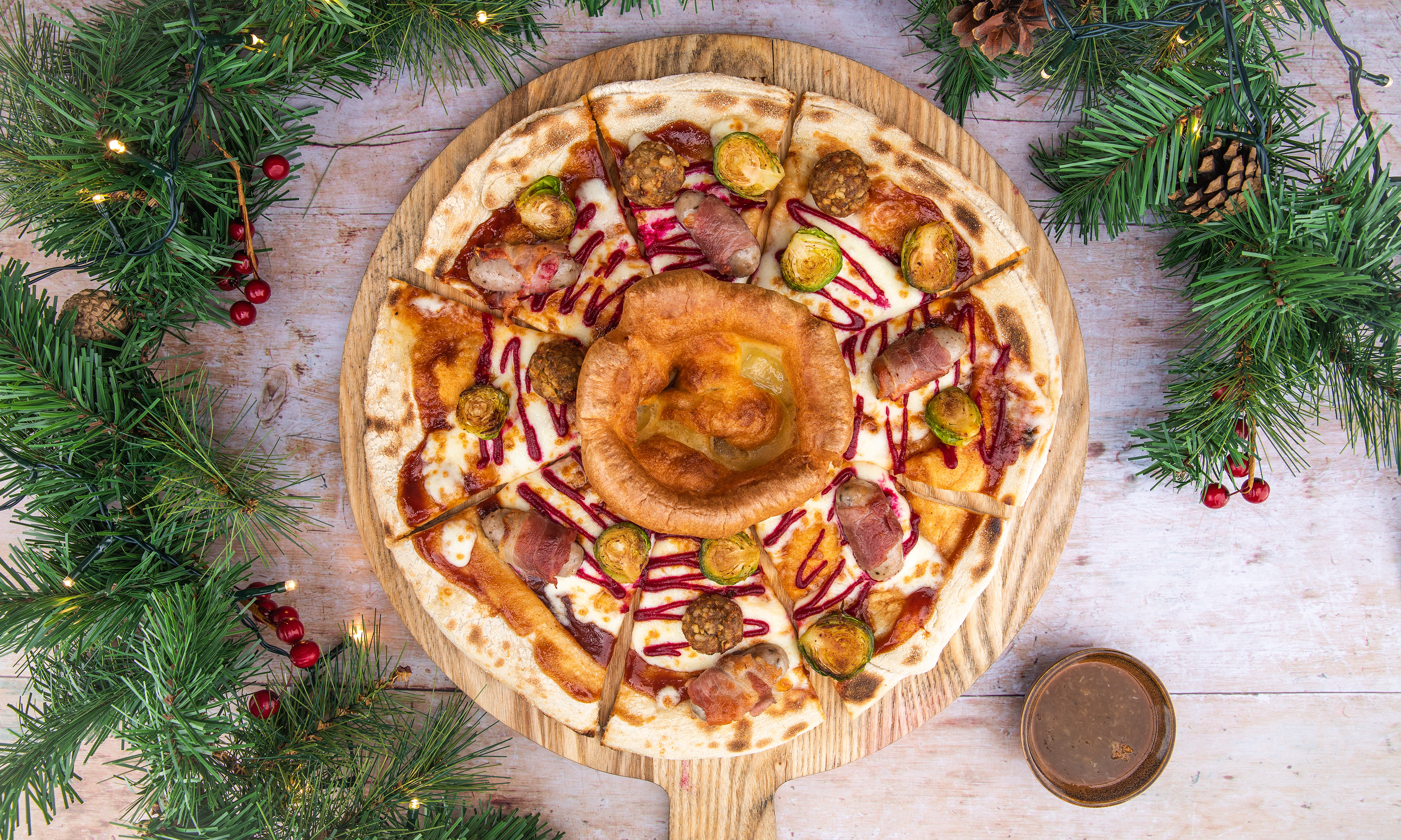 Pizza company Twisted Slice has unveiled a limited-edition pizza topped with Yorkshire pudding and with a pot of turkey gravy.