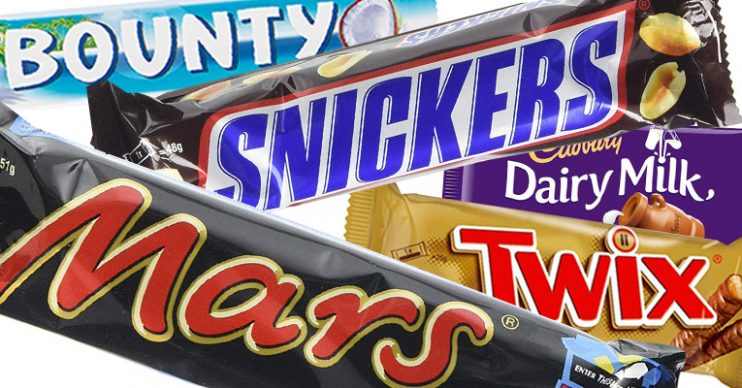 Is your favourite in the top ten?

Your votes have been counted and verified and we can now announce that the nation’s favourite chocolate bar has been decided –  and the results may surprise you.

While big hitters most definitely feature, the top five will leave some scratching their heads.

The number one chocolate bar – according to the new research carried out by the British Heart Foundation – is… drum roll please… Snickers.

Coming in at a close second was Cadbury veteran the Dairy Milk.

Third place belonged to Galaxy, but it was the fourth-placed chocolate bar that raised our eyebrows.

Read more: Fans declare the new KitKat Gold is a gift from the gods

Yes, the sweet that is always left till last in the tin of Celebrations took the number four spot.

The humble Bounty – two milk chocolate-covered coconut bars that no one ever seems to enjoy eating – came fourth in the poll.

Completing the top five was KitKat, which must come as good news to makers Nestle as it has just launched a new Gold version.

With so many new chocolate treats launching into stores on what seems like an almost daily basis, picking a favourite is no mean feat.

Bounty is the worst. I also once knew someone who’s favourite chocolate bar was a Milky Way. His *favourite* 🙄

However, it appears Brits favour tradition over newcomers to the market, with Twix, Twirl, Wispa, Mars and Flake completing the top ten.

Bounty is the worst. I also once knew someone whose favourite chocolate bar was a Milky Way.

The new research – carried out to encourage people to ditch chocolate as part of a Dechox challenge in March – also revealed that the average Brit will consume 7,560 chocolate bars in their lifetime.

We reckon we’re at more than double that count already!

The study also found that more than two fifths of Brits confess to being chocoholics, while 45% would really struggle to try and give up the treat.

As many as two fifths agreed chocolate is their favourite food, while 40% confessed they couldn’t live without it.

Jo Pullin of the British Heart Foundation said: “We know we’re a nation of chocolate lovers and that’s why we’re calling on the nation to put their will power to the test this March for a fantastic cause.”

She added: “Dechox is a great way to help curb your chocolate cravings and fund the British Heart Foundation’s vital research into heart and circulatory conditions, which affects around seven million people in the UK.”

Head to our Facebook page @EntertainmentDailyFix and let us know your faves!