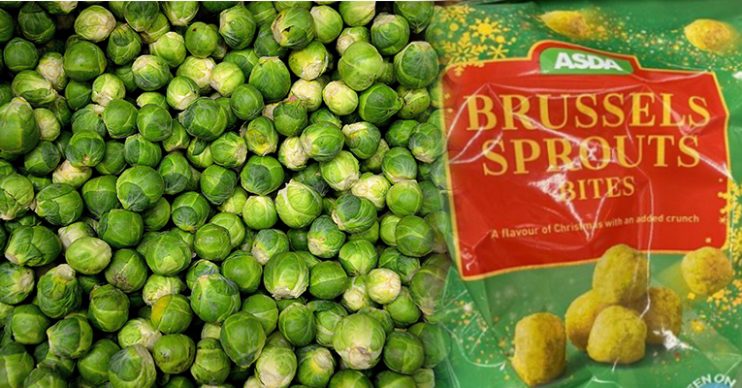 While most people recognise the Brussels sprout is a key ingredient for Christmas dinner, not everyone looks forward to seeing the green veg on their festive plate.

And so, despite being a traditional component of December 25th’s feasting, the humble sprout can prove divisive.

However, it seems there is an appetite for that distinctive sprout flavour away from it being an accompaniments to the roast turkey – and some consumers apparently enjoy it in their snacks!

Read more: ‘Mythical’ Orange Twirl IS on sale but many chocoholics still can’t track one down

In 2018 they were distributed by the crisps maker alongside other festive flavours including pigs in blankets and turkey and stuffing flavours.

But while newspaper reports suggest the Walkers offering might be slightly dearer in cost this year, it seems ASDA have come up with a less expensive version of their own.

You’ll either love them or hate them.

According to the ASDA website, their own brand Brussels Sprouts Bites Crisps are priced at 75p.

Members of a Facebook group had a mixed reaction when one user posted a snap of the unusual snack.

“These ASDA Brussels Sprouts Bites Crisps are like Marmite, you’ll either love them or hate them,” they wrote.

Some commenters were reluctant to give the Bites a try.

“That sounds different, know I love Brussels but not sure of these,” wrote one.

“Eh I’m not so sure about them, I’d try them though,” said another.

A third noted: “Not sure about this.”

But others were genuinely keen on giving them a go.

One person remarked: “Always been a sprout lover.”

“I want to try them,” said another.

And another person agreed: “We need these for Xmas.”

In other sprout product news, Edinburgh distillers Pickering’s have created a special flavoured gin for Christmas for those who just can’t get enough of the little green veg.