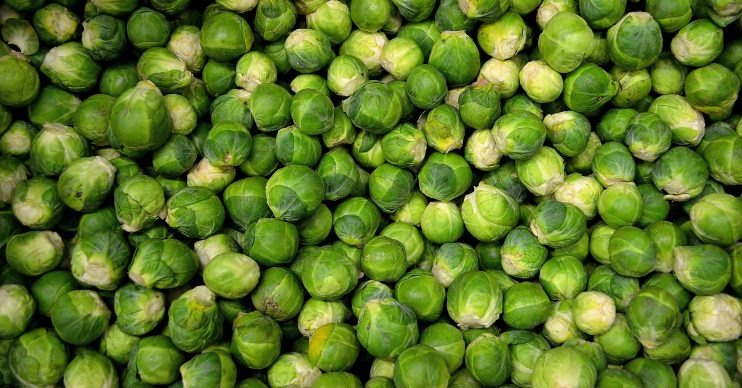 Who would try this?

Gin enthusiasts have admitted to being a little unsure about an innovative new gin launched for Christmas by Edinburgh distillers Pickering’s.

However, despite the reluctance of some Twitter commenters to give the taste of Brussels sprouts a chance in their glass as well as on their plate, many of those familiar with the company’s creative approach to their wares believe the unlikely flavour will be a festive hit.

Believed to be a first in the gin world, reports have claimed the concoction makes use of 10,000 sprouts during production.

Matt Gammell of Pickering’s is reported to have said: “It was an interesting challenge trying to balance the unmistakable flavour of Brussels sprouts to get the taste just right – and the distillery had a very distinct aroma while the gin was being distilled.

Read more: The Chase viewers believe contestant is hard done by after ‘mistake’ with question

“However, we love the end result and it is the ideal tipple for friends and family to share together this Christmas.”

Available as part of a six pack of Christmas gin baubles which apparently can also be used as decorations for the tree, the range also includes flavours such as Christmas Clementine, Festive Cranberry, Spiced Pear and Cinnamon, Figgy Pudding, Plum and Ginger.

One social media user pondered: “First to admit I love a G&T but seriously its gone mad in gin world. Do we really need Brussels sprout and jam donut ones? The more I’ve dabbled in the ‘new gin’ craze more I realise I like a good old Bombay Sapphire.”

However, another Twitter user declared: “Think Pickering have smashed it with this year’s baubles.”

Read more: Hocus Pocus film ‘in the works’ – fans are desperate for original cast to be reunited

And another contributed: “Wait is there really Brussels sprouts gin?! I am afraid but intrigued.”

Recent purchasers on Amazon seemed much more convinced – even if reviewers there were also keeping hold of the treat until December.

One wrote: “Very enticing flavours especially the sprout one which I think will be the first to be tasted.”

Another agreed: “Absolutely love these baubles. Have bought the original ones for the last two years and this year with the novelty flavours. I will be giving them as gifts.”

Other seasonal gin products in the shops at the moment include pink gin-flavoured chocolates from Aldi and boozy advent calendars from B&M.

Tesco have also recently expanded their range of gin-inspired wares with these Müller Light yoghurts.

Brussels Sprout Gin Baubles… demented idea? Divinely inspired? Or evil genius?! 🤔 The most important question is…. are YOU ready to try something different this Christmas? Our best-selling baubles are back with six brand new flavours: Christmas Clementine, Festive Cranberry, Spiced Pear and Cinnamon, Figgy Pudding, Plum & Ginger, and Brussels Sprout Gin. Which one will be your favourite? Available to buy now online at Amazon and in John Lewis Stores nationwide 🎉 #pickeringsgin #pickeringsginbaubles #brusselssproutgin