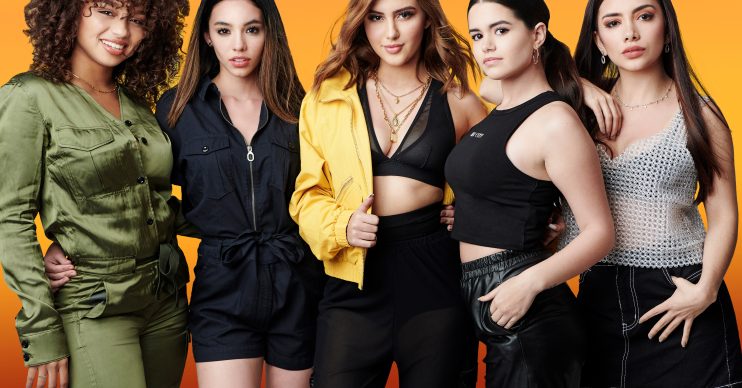 Haven't been able to rehearse as much as they'd like

According to The Sun, Renata Vaca has been struck down with the unknown condition and was not well enough to rehearse with the rest of the group earlier this week.

The 20-year-old from Mexico was said to be “really struggling”, leaving her fellow group members concerned for her wellbeing.

She is also said to have been forced to skip an appearance at The Beauty Awards in London on Monday due to her illness.

The tabloid also reckons losing Renata from the group’s line up could prove decisive for V5 hopes of claiming first place on the ITV show.

An unnamed insider is reported to have said: “After finishing in the bottom two in the semi-final, V5 know they need to deliver a show-stopping performance in order to bag that life-changing record deal.

She may struggle to give it her all on Saturday.

“Having a key member of the group out of action for a good chunk of rehearsals has put them on the back foot.”

The source also warned Renata may not be in top shape for the weekend.

“While Renata’s health has improved, she’s still in recovery mode and may struggle to give it her all on Saturday,” they are reported to have said.

ED has approached a representative for X Factor: Celebrity for comment.

Also scheduled to perform in the final are Megan McKenna, The Chase star Jenny Ryan and YouTubers Max and Harvey.