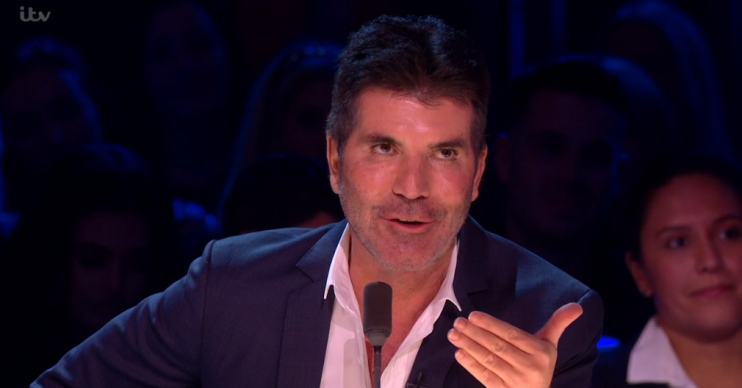 Was he actually listening?

Fans of The X Factor: Celebrity are calling for boss Simon Cowell to be ‘banned from TV’ following comments he made about Vinnie Jones’ performance.

The Hollywood star, 54, put on a well and truly explosive show during the penultimate episode of the series on Saturday night (23.11.19).

He pranced around the stage with a crowd as he shouted an alternative version of (I’ve Had) The Time Of My Life from the film Dirty Dancing.

Viewers thought it was visually and audibly staggering, with many on Twitter branding his performance an “assault” on the ears and others admitting they wanted to get away from their TVs.

One said: “This #XFactor is a heinous assault on my ears. That was not the time of my life. #CelebrityXFactor.”

Another wrote: “From the second Vinnie Jones starts singing I have a sudden urge to go for a long drive #celebrityxfactor.”

A third said: “Vinnie Jones needs to go… hasn’t a note in his head.”

This #XFactor is a heinous assault on my ears. That was not the time of my life. #CelebrityXFactor

But when it was time for Simon Cowell, Nicole Scherzinger and Louis Walsh to comment, they seemed to like it.

And Simon was particularly positive in his comments, telling Vinnie: “Like every great sportsman, when you’re in the bottom and you come back the following week… you came back with confidence!

“You haven’t compromised yourself at any time.

“Omg that was dreadful, someone kick Cowell in to space #celebrityxfactor,” tweeted another.

Someone else wrote: “[Bleep] this program, ban Simon Cowell from TV. #celebrityXFactor.”

Omg that was dreadful someone kick Cowell in to space #celebrityxfactor

Later in the programme, Vinnie was eliminated from the competition alongside boyband Try Star.

Elsewhere in tonight’s show, The Chase’s Jenny Ryan sang Bond theme Skyfall after fighting back tears in her VT as she explained that she always feared being laughed at for daring to be a singer.

And reality star Megan McKenna impressed viewers at home with her rendition of It Must Have Been Love by Roxette.