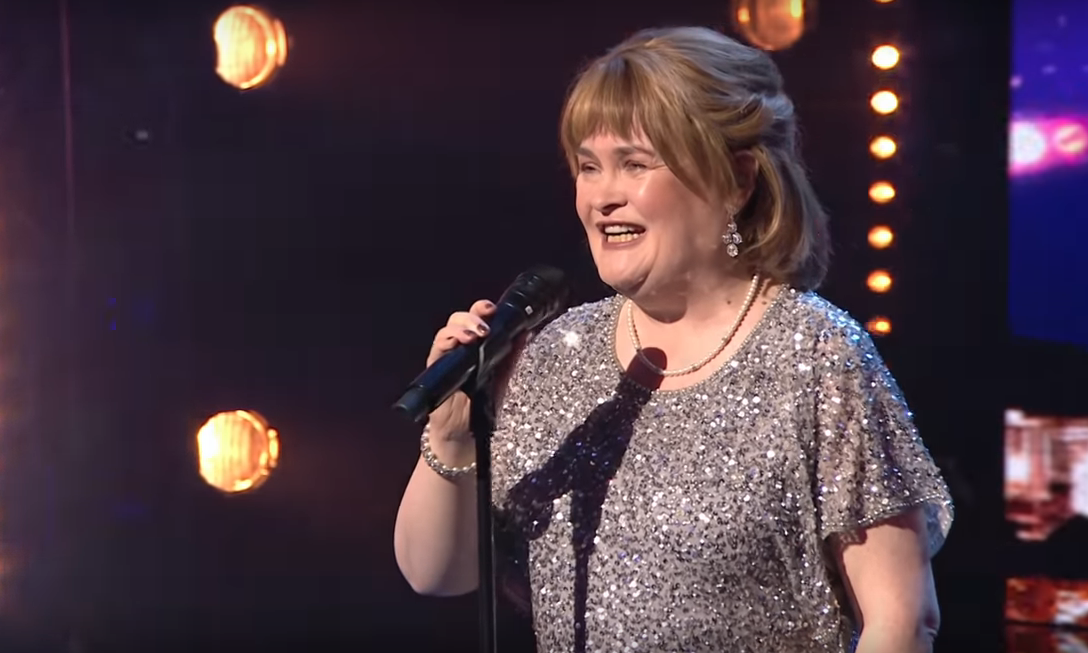 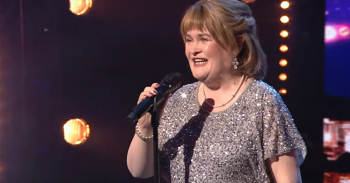 She became a household name in 2009

Susan Boyle is set to return on tonight’s Britain’s Got Talent – and to an emotional standing ovation and embrace from judge Simon Cowell no less.

The 58-year-old Scotswoman shot to fame back in 2009 when she stunned the nation with her powerful rendition of I Dreamed a Dream on the ITV talent show.

But although she didn’t win the series – missing out as dance troupe Diversity won the series – Susan became an overnight success story.

To date she’s toured the UK and North America, released 7 studio albums, performed for the Queen and amassed a reported fortune of £22 million.

And now she’s back on the show that made it all possible, singing the emotive track that won her millions of fans.

After she finishes her heartfelt performance on tonight’s programme, all four judges – Simon Cowell, Alesha Dixon, Amanda Holden and David Walliams give her a standing ovation.

Simon then takes it one step further by going up on stage to comfort her.

“Still got the magic Susan, haven’t you? Thank you for coming back,” Simon says to Susan.

Susan then heads off to chat to the awaiting Ant and Dec backstage.

She quips that the hosting duo “haven’t changed a bit.”

“Oh you can come again!” Ant replies adding: “Come whenever you want!”

Susan has discussed struggling with anxiety and being diagnosed with Asperger’s Syndrome in the past, and seems to have spent much of the last couple of years out of the limelight.

But 2019 seems to be the year she’s stepping back into showbiz, as she also competed in America’s Got Talent: The Champions earlier this year.

The show pitted international past competitors against one another, but Susan lost out to magician Shin Lim.

She’s also announced her new album, Ten, will be released on May 31, celebrating ten years since she launched her singing career.

– Britain’s Got Talent continues Saturday on ITV at 8pm.

Are you excited for Susan Boyle’s return to Britain’s Got Talent? Share your thoughts with us on our Facebook page EntertainmentDailyFix