It's only a couple of weeks until Britain's Got Talent: The Champions hits our TV screens.

The special edition of the popular ITV show will see past winners compete against each other, along with other champions from around the world.

And as if we weren't already excited by the prospect, Good Morning Britain showed an exclusive teaser clip for the showbiz extravaganza on today's programme. 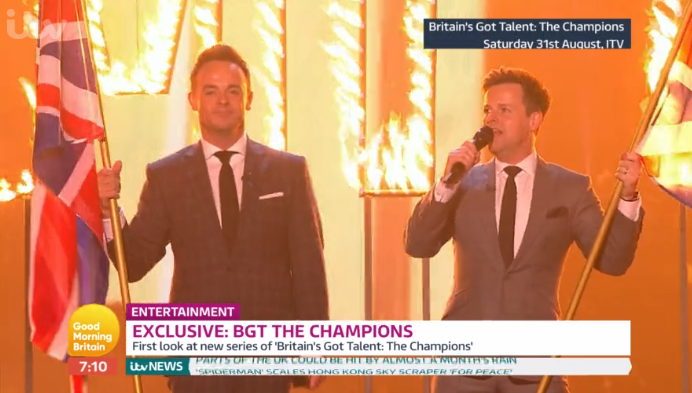 Ant and Dec will be hosting the show (Credit: ITV)

The clip confirmed that the series, which starts on 31 August, will take place over six weeks.

And judging by the montage, we can expect to see the likes of father-and-son dancing duo Stavros Flatley and comedian Lost Voice Guy.

And dog trainer Ashleigh Butler will be coming back. Sadly, her winning pup Pudsey died two years ago, so she'll be joined this time by Sully.

The British champs will compete against a veritable feast of acrobats, musicians and magicians from across the globe.

Ant and Dec, seen in the promo wielding flaming torches, will once again do the presenting honours. 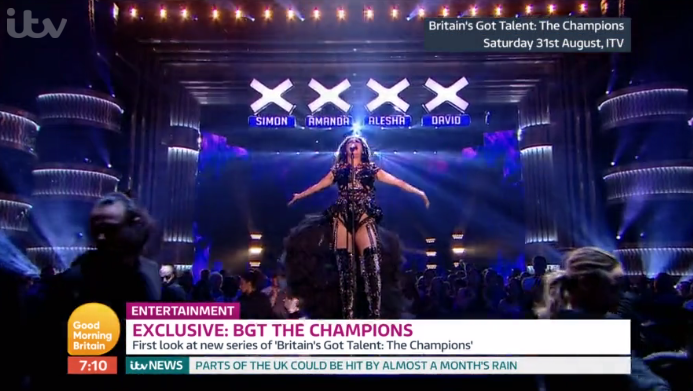 Will anyone get that coveted golden buzzer? (Credit: ITV)

And the usual faces – Simon Cowell, Amanda Holden, Alesha Dixon and David Walliams – will be judging the action.

Britain's Got Talent was originally aired in 2007, with Paul Potts crowned the winner of that first series.

The ITV show peaked in 2009 – the year that dance troupe Diversity beat Sottish singing star Susan Boyle in the final – with average viewing figures of over 13 million.

Since then, its popularity has steadily waned, with viewing figures dropping to below ten million for each of the past six years (2019 figures have yet to be released). 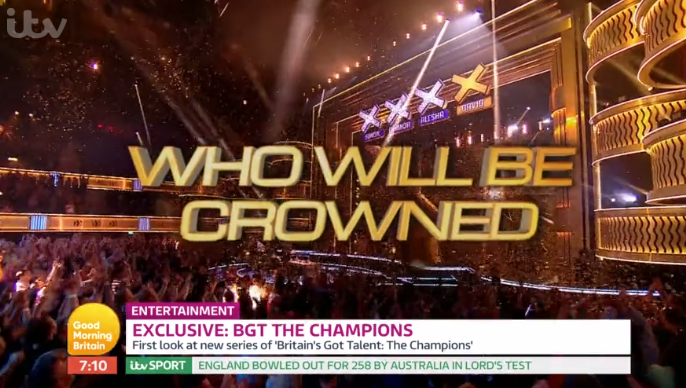 Who do you reckon will win? (Credit: ITV)

So it's hoped that the new format will revive the show's fortunes.

During the Britain's Got Talent live shows in May, it was revealed that Alesha Dixon is pregnant with her second child.

The judge already has a five-year-old daughter, Azura, with her partner Azuka Ononye.