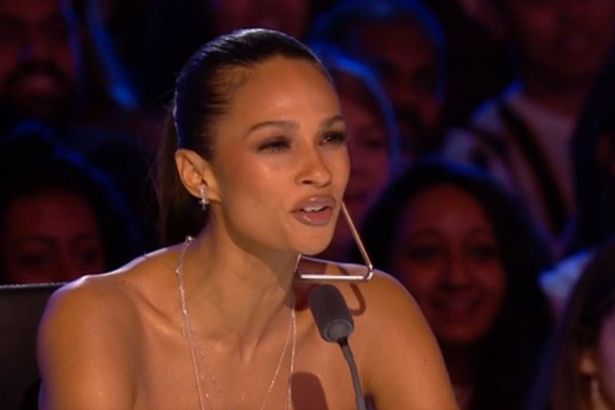 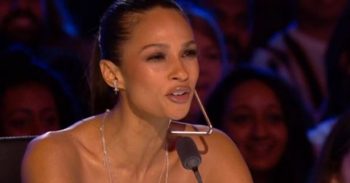 The judges of Britain’s Got Talent sit through hours of auditions in a day, and these performances aren’t always shown in the same episode once the series comes to air.

This means that they may be seen in the same outfit for multiple weeks of the show going out on ITV.

And this is proving to be quite irritating for some viewers this series, as they are seriously distracted by Alesha Dixon’s appearance.

More specifically, fans of the entertainment programme are troubled by her earring ‘habit’… wearing one huge one!

In the opening episode as well as tonight’s, the 40-year-old worse a silver triangle jewellery piece, which definitely resembles the instrument less musically inclined pupils typically play at school.

Many viewers are poking fun at it tonight…

Alesha must have one Mahoooosive ear lobe!! 😂🤦‍♀️ #makesmenervy #BGT

Why has Alesha Dixon inserted a musical triangle through her ear? #BGT pic.twitter.com/WMZwz07NeJ

Is that one of those kids school triangle instrument things that Alesha has in her ear? #BGT

And last week Twitter was awash with snarky remarks about her odd accessory habit, as one viewer wrote: “Alesha’s earring choices this evening are just so distracting.”

Another added: “I know odd earrings are all the trend right now, and nothing against Alesha – but this triangle earring… looks like she’s got to run off to band practice after filming. Fashion Police.”

I know odd earrings are all the trend right now, and nothing against Alesha – but this triangle earring… looks like she’s got to run off to band practice after filming. Fashion Police 🚨 #BGT

As well as the triangle, Alesha was wearing yet another huge solo earring which got picked up during last week’s show.

One viewer quipped that she must “keep losing one earring” and several others compared it to a “coaster”.

What is it with Alesha’s earrings? First a triangle, now a coaster…what’s next? A lampshade? #BGT #BritainsGotTalent

What did you think of Alesha Dixon’s jewellery choices? Leave us a comment on our Facebook page @EntertainmentDailyFix and let us know.