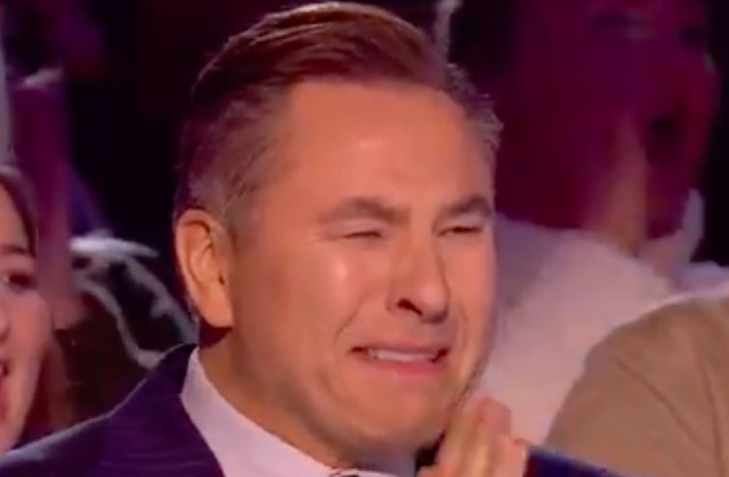 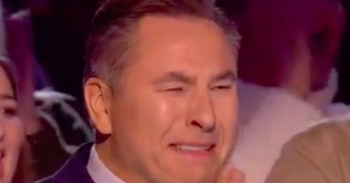 David Walliams has become the first Britain’s Got Talent judge of the series to hit the golden buzzer after being brought to tears by a group of singing schoolchildren.

The boys and girls, aged five to 11, from Lancashire’s Flakefleet Primary School performed a choreographed routine to Don’t Stop Me Now by Queen led by their head teacher.

The rendition earned them a standing ovation from David and his fellow judges Alesha Dixon, Simon Cowell and Amanda Holden – before Walliams gave them a place in the next round.

As David hit the button and the stage was covered in gold confetti, the head teacher – now dressed in a Union Jack onesie – burst into tears and embraced his students.

An emotional David broke down, telling him: “You’re a great teacher. This is your moment.”

Read more: Viewers in tears over Ant’s return to BGT

The rest of the show saw nine acts go through to the next round and only one fall flat.

A drag queen dressed as the Queen began the programme and earned four yeses for a bold routine.

Ventriloquist Jimmy Tamley, 64, from Devon, won plaudits after inviting Walliams and Holden up on stage.

But his performance took an unexpected turn when David stripped to his underwear and clambered on to the judges’ table in front of a shocked-looking Cowell.

Less successful was Ron, an act from Nottinghamshire, who left the judges baffled after appearing on stage dressed as a Dalek from Doctor Who.

His rendition of Bobby McFerrin’s Don’t Worry Be Happy had them all serving up a “no”, in less than 20 seconds.

Possibly the most daring act of the night was the Vardanyan Brothers, aged 28 and 32, from Russia, whose death-defying balancing act had the judges and audience covering their eyes.

Host Ant McPartlin branded the pair “crazy fools” as one balanced on the tip of a sword, metres from the ground.

Did David’s act deserve the golden buzzer? Leave us a comment on our Facebook page @EntertainmentDailyFix and let us know what you think.

Britain’s Got Talent returns to ITV next Saturday.