Britain's Got Talent: The Champions viewers were in awe during Saturday night's episode as Canadian illusionist Darcy Oake performed a death-defying trick.

The audience were so impressed by his incredible ability to survive an exploding box that they voted him through to the next round.

But not everyone at home was convinced - and some reckoned they had theories on how the trick was performed.

One sceptic claimed: "He had left the box through a trap door or sideflap on box before that countdown clock started. The clock and darkness were a distraction." 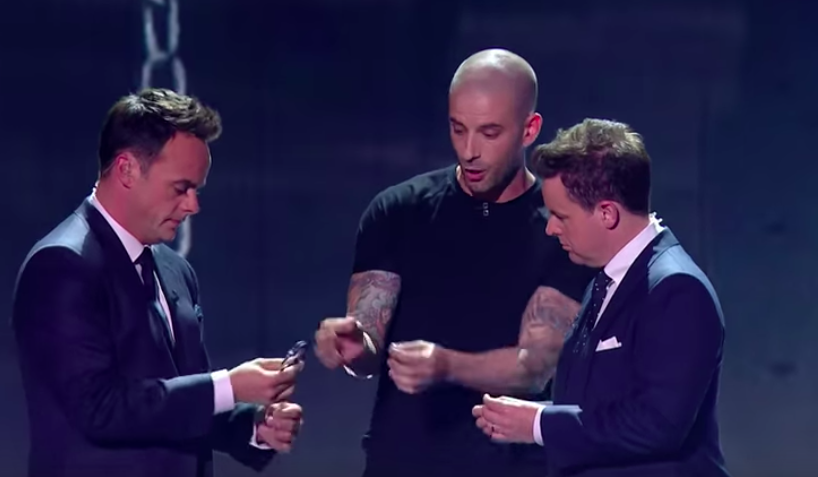 Did the handcuffs give the trick away? (Credit: ITV)

Another argued something happened during the handcuff part of the stunt: "May I point out that when he passed Ant the handcuffs to test they were secure he opened them in 1 second. #whoops #fake."

A third also zoomed in on the handcuff component, chiming in with: "#BritainsGotTalent @DarcyOake

There was somebody already in the box.

And a fourth viewer added: "There was somebody already in the box... why did he let Ant put one cuff on him? When he appeared the other side of the arena he still had the same cuff on the same hand?"

The Superfans have spoken! Death-defying @DarcyOake is through to the #BGTChampions Final 🙌

Another tweeter claimed they were "underwhelmed" by the act because they thought they could see through it.

They commented: "As much as it pains me to say it, I was underwhelmed by Darcy Oake on #BGTChampions.

"Maybe I watch too many magic acts but I was able to predict/work out what he would do and how it was done. Didn't have the wow factor 😔."

Despite these claims, many viewers seemed to be absolutely enthralled and wowed by Darcy's efforts, going by the reaction on social media.

Tributes poured in, including one viewer asking: "I have absolutely no idea how @DarcyOake did his illusion. It was pretty impressive. Does anyone have an idea?" 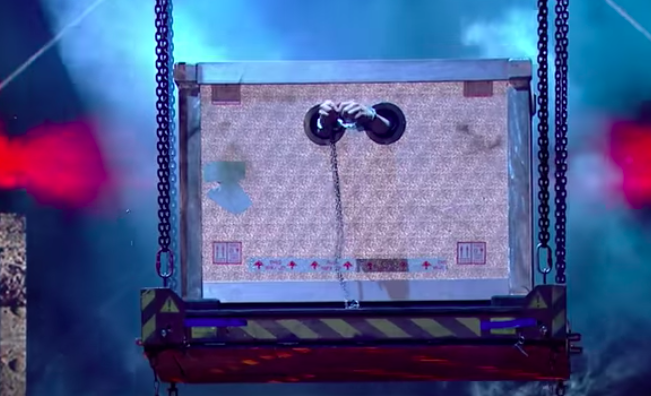 Another marvelled: "If someone could tell me how Darcy Oake did that please? Mind blown."

And a third wrote: "He is bloody amazing that guy #DarceyOake."

- Britain's Got Talent continues on Saturday on ITV at 7:30pm.

Do you have a theory about how Darcy performed his illusion? Tell us at @EntertainmentDailyFix.