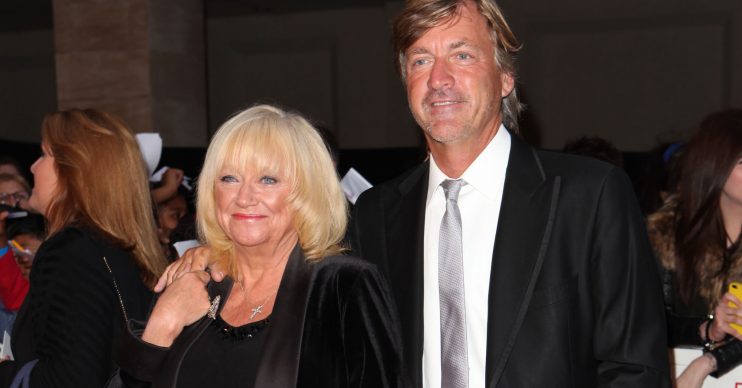 Fans couldn't get enough of the duo

Fans of This Morning are begging producers to get Richard Madeley and Judy Finnigan back on the show as presenters.

The daytime TV legends were on the programme today (09.08.19) as guests, and it appears viewers couldn’t get enough of the duo.

The Saturday’s singers Rochelle Humes and Mollie King were holding the fort while regulars Eamonn Holmes and Ruth Langsford enjoy a day off.

But they were joined by former This Morning presenters Richard and Judy, who remained on the show to give viewers a taste of the old days when they hosted the programme.

Viewers on Twitter were delighted to see them back on the couch.

One said: “#ThisMorning Please can Richard and Judy have a regular slot on the show. Legends.”

Someone else tweeted: “#ThisMorning loving Richard and Judy!!! @richardm56.”

A fourth commented: “Give me Richard and Judy any day… Legends. #ThisMorning.”

Another said: “They should’ve got Richard & Judy to present today #ThisMorning.”

#ThisMorning Please can Richard & Judy have a regular slot on the show. Legends 👏🏽😀

They should've got Richard & Judy to present today #ThisMorning

It follows a rather awkward moment on the show earlier this week when Eamonn left his teenage son cringing with a sex joke.

But poor Jack grew red-faced after his dad made a crude innuendo while introducing an upcoming cooking segment with Love Island’s Ovie Soko.

Asked what his “favourite brunch” is, Ovie said: “Well, some scrambled eggs, a little bit of avocado’s always good for you and then, cheeky toast.”

Read more: Maura Higgins praised by viewers for her agony aunt debut on This Morning

Eamonn quipped: “I’m looking for that before you say, ‘I want my breakfast.’ Like clockwork my wife is in the morning! I say, ‘Any chance of some cheeky toast?’ and she goes, ‘No, I’m starving I want my breakfast’.”

As Ruth burst into laughter, she said: “Can I just say our 17-year-old son is here, have you forgotten? Look at him – he’s mortified!”