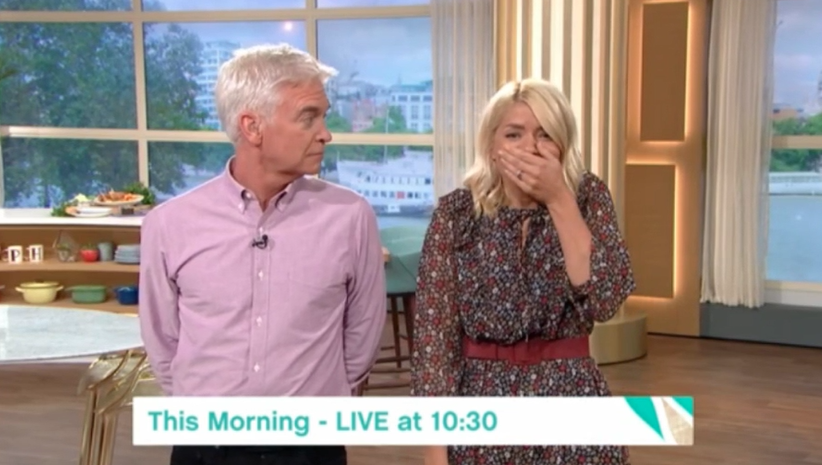 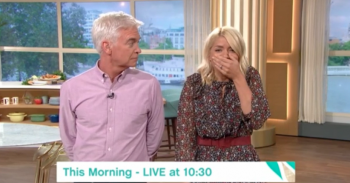 Holly Willoughby accidentally told This Morning viewers that the show was starting at 11:30 am instead of the usual time of 10:30.

On Monday, Holly and co-star Phillip Schofield told viewers what was featuring on the show in a promo before the programme started.

Phil told viewers: “Coming up, Martin Lewis has a warning for anyone who’s ever had a payday loan.”

Holly continued: “We’ve got a BGT exclusive as we find out the true story behind Dave and Finn’s special bond.”

Phil said: “From Jennifer Aniston to Sandra Bullock, we’ll take a look at the A-list homes on the market.”

Holly added: “And who is H? We’ll be asking Line of Duty star Rochenda Sandall when she joins us live at 11:30.”

This Morning shared a clip of the moment and told viewers they were actually going live at 10:30.

Phil replied: “Has always… for nearly 200 years. What in the name of god woman?”

Holly said: “How could I do that? As soon as I’d said that I knew, obviously!”

The post was captioned: “Ever wish you could just go back to bed and start again tomorrow? Poor @hollywills… #Promo @Schofe.”

Viewers were amused by the blunder and called out Holly on Twitter.

One person wrote: “Where did holly get 11.30 from? 😂😂 #ThisMorning #jeremykyle,” while another said: “See you at 11.30am @hollywills @Schofe @thismorning #thismorning.”

See you at 11.30am @hollywills @Schofe @thismorning #thismorning