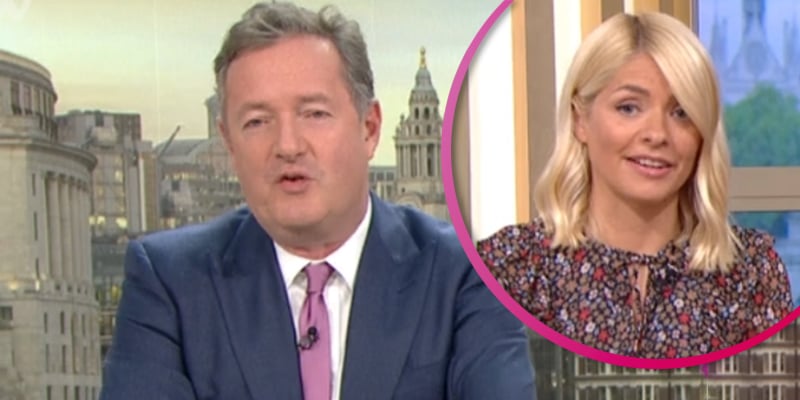 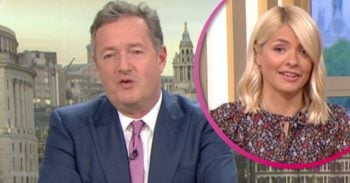 This Morning presenter Holly, 37, shared a video to her Instagram showing herself being blasted by a hairdryer featuring Piers’ face, which he had gifted her.

In the video, Holly said: “I think Piers Morgan is trying to kill me.

Read more: Furious Piers Morgan clashes with hunter who killed 5,000 elephants as he returns to GMB

“There is smoke coming out the back of this. I mean he really is full of hot air.”

As she put the hairdryer down, she said: “Oh my God, it stinks.”

Piers shared a snap of Holly screwing up her face as she posed alongside the hairdryer, which has been dubbed the “Morgan 3000”.

The hairdryer comes with a warning to “keep out of reach from those easily offended”, and comes with a “short fuse” and “easy-to-press” buttons.

“Revenge is a dish best tasted cold. Chillingly cold. You’ve just sentenced yourselves, the pair of you, to a lifetime of hell. And I’ll be coming for you shortly.

A few days later, he told them he would “be coming for you shortly”.

But Holly wasn’t impressed and said: “Well I think Piers needs to try a bit harder than that actually, that’s a bit…”

Richard interrupted: “Oh is that a challenge?” to which she replied: “Definitely.”

And Piers was ready for revenge, as he said on today’s show: “Let me tell you ‘definitely’ Holly Willoughby, I’m coming.