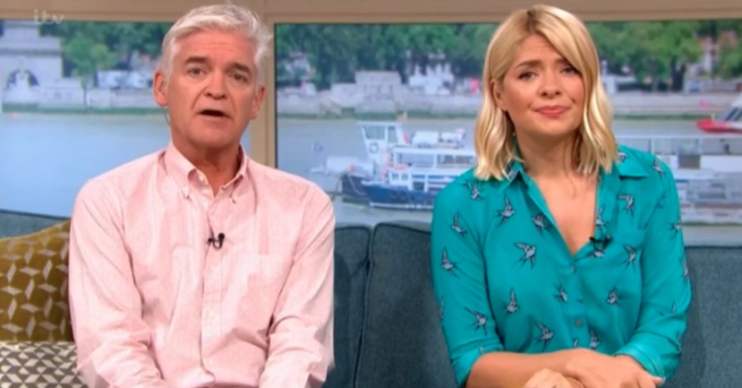 Phillip Schofield and Holly Willoughby in ‘bust-up over magazine cover’

For a decade, This Morning’s Holly Willoughby and Phillip Schofield have delighted fans with their hilarious banter and fits of giggles.

But The Sun reports that there are cracks in the relationship behind the scenes.

The King and Queen of daytime telly have reportedly had a bust-up over a magazine article.

The newspaper says that tension first rose when Holly, 38, stood in for Ant McPartlin during the last series of I’m A Celebrity.

Then in April the beloved TV couple featured on the front cover of The Sunday Times magazine.

Holly appeared with a cartoon crown on her head, with Phillip, 57, left looking grumpy beside her.

Reports say that Phillip was ‘livid’ with the cover and the newspaper was forced to write a letter of apology to the star’s reps.

Last month, the pair hosted a live This Morning event in Birmingham, and a source quoted by the Sun claimed the tensions were evident.

They said: “Tensions spilled out into the ­Birmingham live event when Phillip was grumbling about it. It quickly became the talk of the set. To say there has been a bit of tension is an understatement.

“Phillip was fuming that Holly had a crayon crown airbrushed on to her head while he was crown-less and pictured grumpily looking on in her shadow.”

“But Phillip was pretty peeved, to say the least — not with Holly but with how he had been usurped. For her part, Holly was also quite ­mortified and felt terrible.”

Appearing to quash reports of a spat, Holly took to Instagram today (June 16) to share a sweet tribute to her pal Phil on Father’s Day.

She wrote: “My partner on the telly and one of my best friends in the world… love you @schofe.”