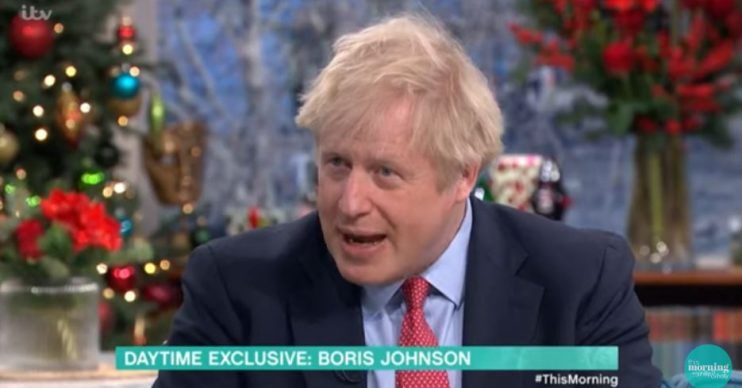 ITV viewers have reportedly flooded Ofcom with complaints after watching Boris Johnson’s interview on This Morning.

The media regulator is said to have received dozens of complaints on the back of the Prime Minister’s chat with hosts Phillip Schofield and Holly Willoughby, who were accused of ‘cuddling up’ to the controversial leader.

According to Huffington Post, the interview generated 149 complaints to Ofcom in the space of 25 hours.

The regular will now look into the complaints to decide whether or not it needs to launch an investigation and see if any rules were breached.

Johnson took to the This Morning couch on Thursday (05.12.19), as part of his campaign ahead of the General Election on December 12.

He said on the programme, when asked about people not trusting him: “I think there’s a big trust issue with the whole of politics at the moment, Philip, and I think that is basically because, after three and a half years, we haven’t got done what we told the people we would do in 2016.

There’s a big trust issue with the whole of politics at the moment.

“We asked them to vote in the EU Referendum, they did deliver a result, and then for the last three and a half years we’ve just been wrangling. And I got to the stage as Prime Minister where it was obvious we couldn’t get this thing through parliament.

“Parliament couldn’t do anything. All the wonderful things we want to do for the country… we were being blocked by a sort of broken parliament.”

His chat with Phil and Holly was blasted on social media, where a number of users claimed the pair were too ‘chummy’ with the PM, particularly as they smiled and posed for a selfie with him.

Viewers were already disappointed at Phil’s final question about Brexit, which gave Johnson a platform to trot out his usual spiel on the UK’s departure from the EU.

But their outrage hit a new level when images emerged of the trio taking the selfie together.

The interview sat in stark contrast to the tone of Phil and Holly’s earlier chat with Johnson’s rival, Jeremy Corbyn.

Phil was on the attack as he quizzed the Labour leader over allegations of antisemitism within the party, demanding an apology and cutting across Corbyn every time he tried to answer with anything other than ‘sorry’.

Afterwards, viewers rushed to Twitter to brand Schofe “rude” and call the interview a “disaster”.