Ayda Field has revealed she wants another baby with husband Robbie Williams.

The 40-year-old actress - who has Teddy, seven, Charlie, five, and Coco, 14 months, with Robbie - has admitted parenthood is her "greatest pleasure" and she wants to expand her family further, though her spouse doesn't want more than four kids.

Asked if she's planning another baby, Ayda said on today's Loose Women: "I’d like to [but] you never know whats going to happen in the world, will it work, will it not. Where we are in our life. 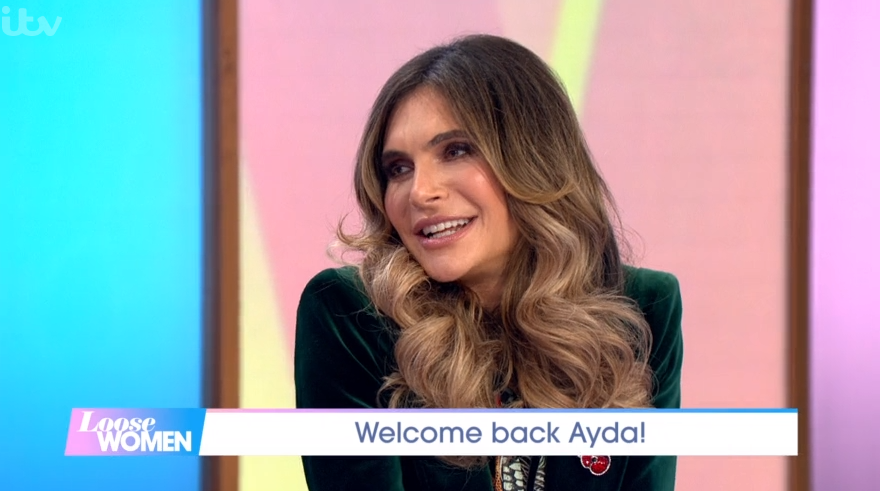 Ayda said she would love to have another baby (Credit: ITV)

"I'd like one more but after that I think Rob would commit me somewhere and run away with Gary Barlow into the sunset.

"Being a mom is my greatest pleasure."

And Ayda thinks it would be good for Coco - who was born via a surrogate - to have a "teammate" close in age as her doting older siblings are so much older.

She said: "The difference is because Teddy and Charlie were so close in age, they didn’t dote on each other, they were more jealous, whereas with Coco they want to feed her and play with her and show her things, she’s a living doll for them.

"Sometimes I have to remind them she’s my child and I'm in charge but they're the best siblings but I think Coco will want a teammate to rally against her brother and sister, but they’re such an amazing unit."

Ayda returned to work on Loose Women on Wednesday (30.10.19), much to her oldest child's unhappiness.

I'd like one more but after that I think Rob would commit me somewhere and run away with Gary Barlow into the sunset.

Speaking on the show, she said: "[Teddy said] 'Mommy when you go I'm like a flower and half my petals are gone.' I mean, owwwww."

Although it is still October, self-confessed "Christmas geek" Ayda is already getting her house ready for the festive season.

She said: "I am the biggest Christmas geek in the world... There's no tree up [yet] but I'm getting the wooden Christmas toys out.

@robbiewilliams and I will take our first stab, literally and figuratively, at carving our first pumpkin this season 💪Teddy, Charlie and Coco will be head of the creative department:) #familyday #sundayfunday AW x

"We keep playing the Christmas music in the house, it’s cold, I’m looking at gingerbread recipes. I know, it’s sad."